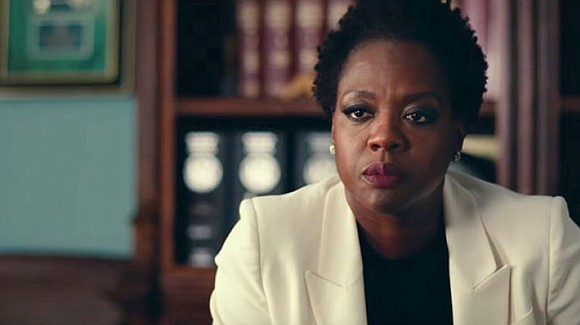 Steve McQueen’s powerful heist movie gives Viola Davis a strong role as a crime widow who is forced to command an operation. It’s life or death.

“Widows” is director McQueen’s first movie since “12 Years a Slave” (which was five years ago). At the recent Producer’s Guild Award Made In New York Event, the director talked about how important it was for him to set movies in the world of real, fully dimensional and recognizable human beings. Actress Cynthia Erivo, who is one of the leads in the film, spoke about being under the careful direction of a storyteller who understood how to help an actress find her character. So the theme follows. The caper genre is old and unfolds in a manner that’s designed to create excitement That’s the key to the pleasure.

In McQueen’s “Widows” we find the characters before the crime. Here three women, whose husbands were killed during a robbery gone terribly wrong, are forced to work together to steal $5 million (that, or die) despite the fact the none of them have a criminal background.

The mother of invention is necessity and this is the heart of the movie. “Widows” is beautifully adapted from a British TV crime drama (1983) with a script co-written by McQueen and novelist and screenwriter Gillian Flynn (“Gone Girl”). It’s an amazing story filled with all types of dark and sleazy characters.

The story is set in contemporary Chicago and introduces the audience to Veronica Rawlins (Viola Davis) and her husband, Harry (Liam Neeson), who happens to be a seasoned criminal. From their physical affection, it’s clear there is love between them. In a criminal life, those tender moments are fleeting and the action is revved up with a turbulent chase, seen from the POV of a speeding getaway van, back doors wide-open. The crazy chase ends with Harry and his crew being fired on by the police. The van explodes. Everyone dies and the widows’ woes begin.

Veronica has very little time to grieve. Her husband has left her owing $2 million. That’s how much he stole from Jamal Manning (Brian Tyree Henry), a crooked politician, running for office in his ward. He’s ruthless and demands that Veronica sell her assets, including her penthouse.

In a blink, our widow heroine is homeless and enveloped in fear and shock.

Davis is riveting because she never allows the audience to forget that she’s a victim and given only one month to come up with the money or die. Everyone around her is suspect. It’s survival of the fittest.

The women have a selection of evil men to avoid, including Jamal, who explains the rules, and his brother Jatemme (Daniel Kaluuya, from “Get Out”), Jack Mulligan (Colin Farrell), the politician and Jack’s father, Tom (Robert Duvall), a racist.

A methodical thief, Harry left Veronica a notebook that includes the blueprint of a robbery he didn’t get around to committing. The spark of inspiration is lit, and Veronica uses the content to create the plan. She pulls in her two fellow crime widows, desperate and with no one else to help. Slender Alice (Elizabeth Debicki), whose husband was a wife-beater, connects with a real-estate executive (Lukas Haas) who believes that everything is a transaction. A hell raiser, Linda (Michelle Rodriguez) discovers that her husband was gambling away the rent money on her clothing store, so she has less than nothing to lose. Erivo plays a hairdresser and the getaway driver.