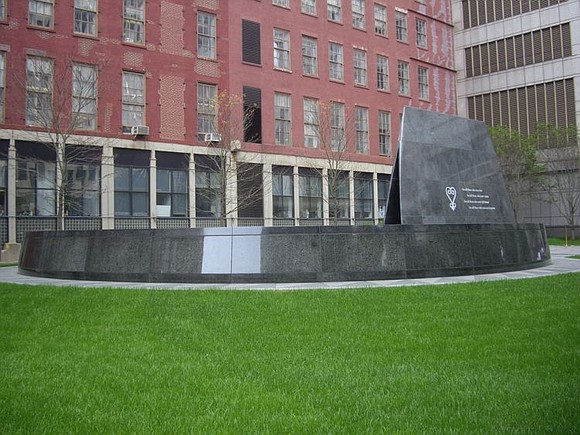 The suspect is being identified as 57-year-old Ivan Nieves of the Bronx, according to reports. He was seen on surveillance video on Nov. 1 writing the words "KILL N-----S" on the monument in black marker. Nieves in Puerto Rican.

“We’re not going to allow this to be marginalized or trivialized, pushed to the side and forgotten about,” said Inez. “Our people demand respect, and we are going to see that our ancestors get the respect and attention that they are entitled to.”