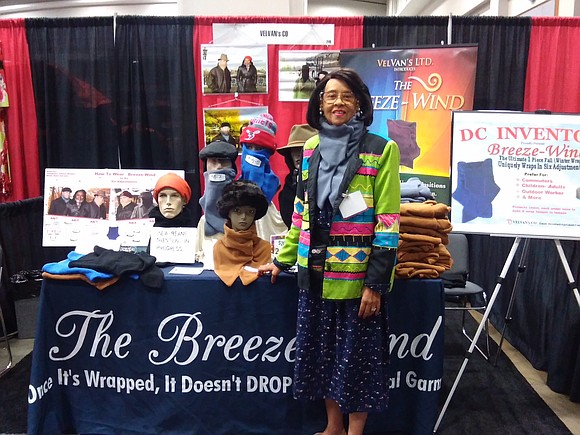 In a world where markets are flooded with inventors and businesses, one might wonder how exactly do they get their starts? Is it because they know someone in a particular industry?

One thing every inventor and entrepreneur will tell you is that perseverance is key and to find motivation to keep going. That holds true in the case of E. Patricia Debrick.

Debrick was born May 13, 1947, in Hampton, Va. She has achieved many accolades, winning Miss Howard High in 1964. She was a member of Junior Achievement and Junior NAACP. She earning her bachelor’s degree in health and physical education from Delaware State University in 1972, in addition to two degrees from the University of the District of Columbia (an associate in computer accounting and master’s degree in business administration). Debrick worked for the District of Columbia for 22 years—14 years in education and eight years at Public Safety and Justice Cluster. Debrick is a member of Delta Sigma Theta sorority.

One winter morning, Debrick arrived at work freezing cold after taking public transportation and walking. Debrick was unhappy about how her scarfs and garments would fall loose and expose her skin to the cold air. An assistant manager overheard her voicing her displeasure and told her, “Stop fussing and make something.”

At that moment, Debrick knew her next move. Accompanied by a co-worker Debrick went to a fabric store and purchased some fabric, from which she created Breeze-Wind.

Breeze Wind is a winter scarf that wraps around the neck, unfolds to a three-quarter wrap temple to temple with a U-shaped opening for viewing, covering the face up to the user’s eyes. The target market for the Breeze Wind scarf consists of working-class commuters using public transportation, outdoor workers such as school guards, telephone and electrical repair people and people who attend winter sports events.

Debrick began testing the market for her product by having samples made in a New York workshop and sold tat Pennsylvania, District of Columbia, Maryland and Virginia flea markets. All the samples were purchased. Debrick was motivated to submit her product for the “QVC Oprah’s Next Big Idea” show in March 2005. Although he product was not selected, Debrick was grateful for the exposure.

When things began to look up for Debrick adversity struck. In 2007, she was diagnosed with Stage 2 breast cancer, and her doctor recommended a year of treatment. Because cancer was hereditary on both sides of her family and she is the oldest in her family, she was placed on a five-year cancer treatment plan. In 2009 she was informed by a patent agent that she had to show that the design of her scarf was different from the designs for which two other patents had been applied.