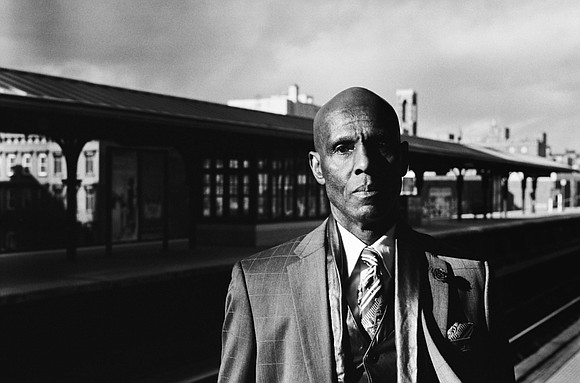 Nearly three decades before the scintillating Black French designer Olivier Rousteing moved on from his position as creative director of Roberto Cavalli to become creative director of Balmain in 2009, African-American designers began their slow ascent toward inclusion into the upper echelon of the high fashion world.

In the early 1980s, hip-hop culture was becoming an established lifestyle in American Black communities, creating a world of music, dance, language and fashion. Legend has it that an independent designer named Dapper Dan introduced the hip-hop world to high fashion in 1982. Because he was not able to access the fabrics and furs he envisioned for a wholesale fashion store, Dapper Dan taught himself to create his own textiles and designs. The designs that attracted the hip-hop and urban community in New York City were his designs that displayed exaggerated logos of fashions lines such as Gucci, Fendi and Louis Vuitton.

Dapper Dan’s designs were appearing on the backs of hip-hop’s biggest stars, such as LL Cool J, Salt-N-Pepa and Eric B. & Rakim and the city’s biggest and richest hustlers. His designers were everywhere, so when his shop closed in 1992, it opened the door for hip-hop leaders to take the reins and start their own labels. That same year, hip-hop producer Russell Simmons created his own urban fashion line called Phat Farm, and African-American entrepreneur Daymond John started FUBU, which was similarly directed toward an urban demographic. At their peaks, both labels’ net worth were hundreds of millions of dollars, but the labels’ relevance declined in the early 2000s. Seeing how urban wear was not being appreciated in European markets, other hip-hop stars began to refine their lines to appeal to wider demographics.

It wasn’t until Sean “P. Diddy” Combs’ men’s line, Sean John, hit the runway in 2001 did the high fashion world began to change its tune. Combs’ combination of street credibility and an eye for crisply tailored suits and clothing received critical acclaim during the early stages of the label’s presence. The label was founded in 1998. Sean John wowed New York Fashion Week with its debut line in 2001, and in 2002, the label was featured on the front page of The New York Times. By 2004, Sean John was the recipient of the CFDA Men’s Designer of the Year award, an honor that Combs’ predecessors were unable to obtain by strictly creating urban wear. But after the recognition of Sean John, designers such as Alexander Wang and Givenchy’s Riccardo Tisci began to design their own versions of streetwear in the mid-2000s, removing that corner of the market from Black designers.

It took nearly a decade for leaders in hip-hop and urban music to be offered executive positions at fashion lines, beginning with Rihanna taking the position as creative director of the sports fashion line Puma and Kanye West’s official design collaboration with Adidas in 2015. Adidas Originals x Kanye West Yeezy Season 1 premiered at New York Fashion Week in February 2015, after years of West failing to have his vision taken seriously by the fashion world. Rihanna’s Fenty x Puma premiered her ready to wear line at New York Fashion Week in 2016. Both lines have sustained their lucrative presence, but arguably, the biggest breakthroughs for African-American designers occurred this year with the hiring of Virgil Abloh as the creative director of Louis Vuitton’s menswear collection in March 2018. Abloh is the founder of the Milan-based line Off-White and the former creative director for Kanye West, and impressively, the 38- year-old designer skipped debuting at New York Fashion Week and promptly premiered a whimsical, star-studded debut of his work for Louis Vuitton’s spring-summer 2019 men’s line in Paris. But Abloh didn’t leave the hip-hop world behind. He invited rappers such as Playboy Carti and Kid Cudi to model in the show. The American hip-hop world flew to Paris to show its support for the new appointed designer. The fanfare was exhilarating for Louis Vuitton, but the excitement didn’t end with Abloh’s success. Just last month, “Black Panther” film star Michael B. Jordan was named the first male ever to become the face of the American fashion line Coach. The 31- year-old actor has also been invited to work with the label’s creative director, Stuart Vevers, on “special design projects.” The fashion press has not been shy about their eagerness to see Jordan’s forthcoming designs.

This year has shown an encouraging embryo of inclusion of the hip-hop and Black creative stars, but that’s just the beginning. And it has been a year of much deserved redemption: Dapper Dan was offered an official design collaboration with Gucci. The first designer to create a high fashion cult following in the 1980s and 90s has had his original designs re-imagined and honored. The year 2018 exhibits a full circle for one veteran designer and unprecedented opportunities for up and coming designers with uninhibited futures in fashion.