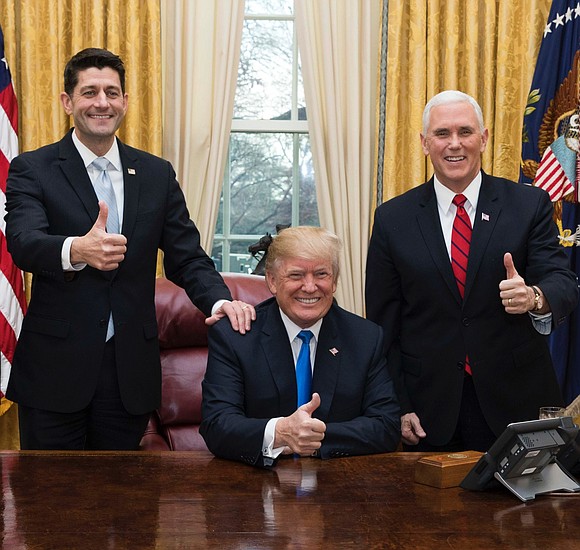 In a wide-ranging interview Sunday with Fox News reporter Chris Wallace, Trump touched on a number of recent issues spinning in and around his administration, including an evaluation of his performance.

“I think I’m doing a great job,” he told Wallace. “We have the best economy we’ve ever had. We’re doing very well. We would have been at war with North Korea if, let’s say, that administration continued forward.” That administration he didn’t mention was obviously the one helmed by former President Barack Obama.

Among sundry current topics troubling his administration—the flair up with CNN’s Jim Acosta, the promotion of Matthew Whitaker to attorney general, his missteps in Paris during the commemoration of 100th anniversary of the end World War I—he could not resist thumping his chest over the recent midterm elections in Florida and in Georgia, where Stacey Abrams finally conceded the gubernatorial race to Brian Kemp.

Once more he could crow over Kemp’s victory, and like the exaggeration of his grade, suggested that Kemp had things stacked against him with the Obamas and Oprah Winfrey endorsing Abrams. “I was the one that went for Brian, and Brian won,” he said.

At the end of the recount, Abrams conceded but promised to file a federal lawsuit against the state for the gross mismanagement of the elections. Removal of voters from the rolls and other efforts to suppress the vote were among the charges that tarnished the election, according to Abrams’ camp.

When it’s a victory in his favor, Trump is quick to view himself as the deciding factor. He’s even quicker to blame others when things go bad, as in California with fires blazing across the state, leaving many fatalities in the ashes.

“They should rake the leaves,” was one outrageous response from Trump, along with his announcement that the authorities and firefighters were to blame for the spreading fires.

He blamed the weather for his failure to attend the ceremonies in France, and when he did finally attend one, he showed up late.

It’s still a point of contention about his promotion of Whitaker to replace Jeff Sessions as attorney general, and some Democrats are up in arms about it and insisting that Whitaker should recuse himself as Sessions from any involvement with Mueller’s Russia probe. Incredulously, Trump said, “I did not know he took views on the Mueller investigation …” Whitaker had previously said that Mueller’s authority and funding could be limited.

Trump said he had answered all the written questions from Mueller but has not turned them in.

We wait to see what kind of grade he will get on those questions.