‘Baduizm’ was on the Soul Train 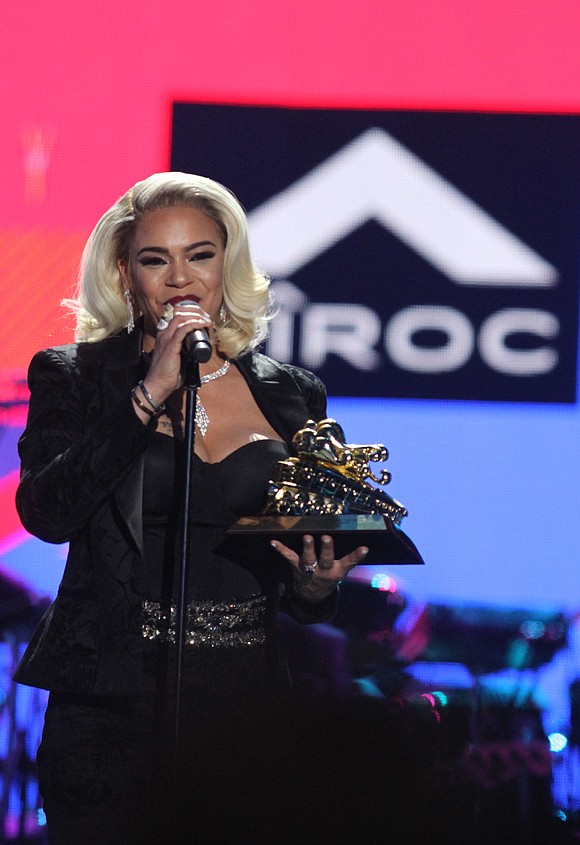 Going into the 2018 Soul Train Awards, a good news bad news scenario was presented. First the bad news. Erykah Badu won’t be the host of this year’s proceedings. Fret not though, because her replacements were the kindred spirit, effervescent duo of Tichinia Arnold and Tisha Campbell.

Badu’s abdication of the hosting chores didn’t mean her presence wouldn’t be felt, however. Her brainchild, “The Soul Cypher” highlighted by Robert Glasper, Thundercat, BJ the Chicago Kid, Queen Naija, Luke James and Kelly Price, again was a highpoint of the show, and she was also a recipient of one of the night’s most prestigious awards, the 2018 Legend Award. Since her triple platinum debut disc “Baduizm” was released in February 1997, we felt that at some point she and that word legend were on a collision course. Now that she has arrived at that destination, she knew when it was time to thank those who were along for the journey. It was imperative to start with the Day One supporter.

An emotional Badu said, “Mother, thank you for always telling me that I was the best. So much was required of the best, and I would dim my light and you would come right behind me and turn it back on every time. I reflect you in every way. Thank you.”

Faith Evans was the recipient of the evening’s other prestigious honor, The Lady of Soul Award, and like Badu, she gave a performance that certified the honor.

Over and out. Holla next week. Til then enjoy the nightlife.