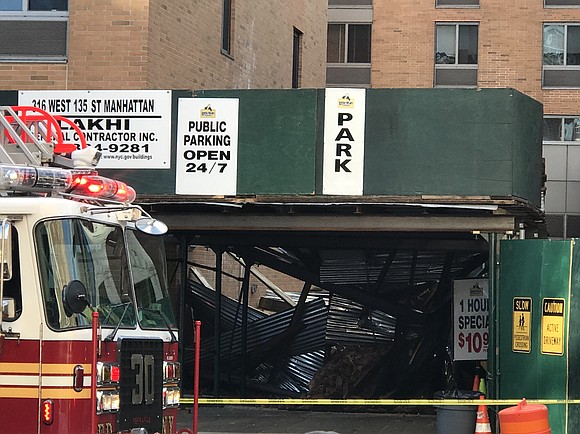 The FDNY reports that a church in Harlem has collapsed leaving two people with minor injuries.

The incident occurred at Mount Ararat Baptist Church, which is under construction, located at 316 West 135th Street just before noon. Part of the building's top half collapsed, spilling debris onto a nearby parking garage ramp, according to the FDNY.

One construction worker and a bike rider suffered minor injuries and was trapped in the building before being rescued. Two construction workers helping out with a building of a day care center nearby ran heard the commotion and ran to the site of the incident to help an injured bike rider.

"The guy got hit with a few bricks and just missed being crushed," said one worker about the injured party. "He was lucky."

"The guys are usually late around lunch time and slow to come out to get to their cars," said another construction worker. "For once in my life, I was glad they took their (expletive) time."

The building was in the process of undergoing a planned controlled demolition when the collapse happened. The demolition process will continue once inspectors deem it safe.