Fizdale teaches the Knicks the skill of playing hard 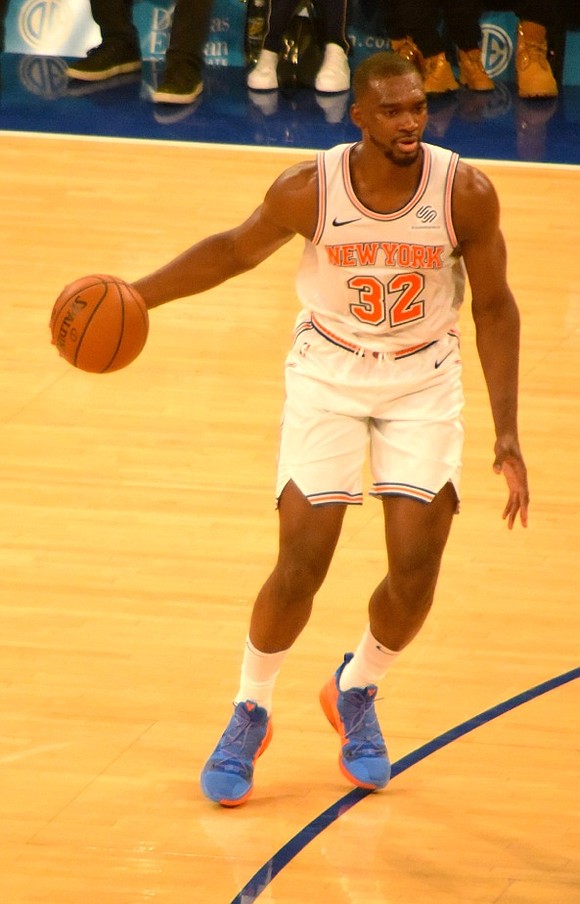 Noah Vonleh has been a revelation for the Knicks, averaging 8.2 points and 8.3 rebounds per game when they faced the Philadelphia 76ers on the road last night. Bill Moore photo

In sports, playing hard is a skill. Talent is a necessary ability to excel, but the discipline and mindset to play hard often separates the good from the average and the great from the good. Knicks first-year head coach David Fizdale has made it a priority to instill in his players the value and importance of maximum effort.

It was on display during the Knicks’ recent three-game winning streak, victories over the Celtics in Boston, the New Orleans Pelicans at Madison Square Garden Friday and the Memphis Grizzlies on the road this past Sunday before losing to the Pistons in Detroit Tuesday 115-108. They brought a 7-15 record into Philadelphia last night (Wednesday) to face the 76ers and will return to the Garden Saturday to host the Milwaukee Bucks.

In most of their games, the Knicks confront opponents that inarguably have superior collective capabilities. The 76ers’ trio of Joel Embiid, Jimmy Butler and Ben Simmons is a prime example. So precision execution and exceeding the physical effort of their opponents is paramount to the Knicks being competitive.

Noah Vonleh has embodied Fizdale’s message. His physical, grinding approach on the defensive end of the court and on the glass, combined with his acumen to ably handle the ball in space, post up inside and step out for shots on the perimeter, where he was knocking down 42 percent of his three-point attempts, has been a revelation for the Knicks.

The former lottery pick, drafted ninth overall by the Charlotte Hornets in 2014 after playing only one year of college basketball at the University of Indiana, was signed by the Knicks in July as a free agent after he spent last season with the Portland Trailblazers and Chicago Bulls, playing 54 games and averaging an unremarkable 4.9 points and 5.8 rebounds in 16.2 minutes.

As a Knick, the 6-foot-9, 245-pound Vonleh is experiencing a rebirth, and last week Fizdale surmised, “I would say he’s probably overall our most complete player.”

His numbers across the board thus far have been career highs. The 23-year-old native of Haverhill, Mass., was averaging 8.2 points and 8.3 rebounds per game in 24.9 minutes entering the game versus the 76ers. He had also started 15 of the Knicks’ 22 games.