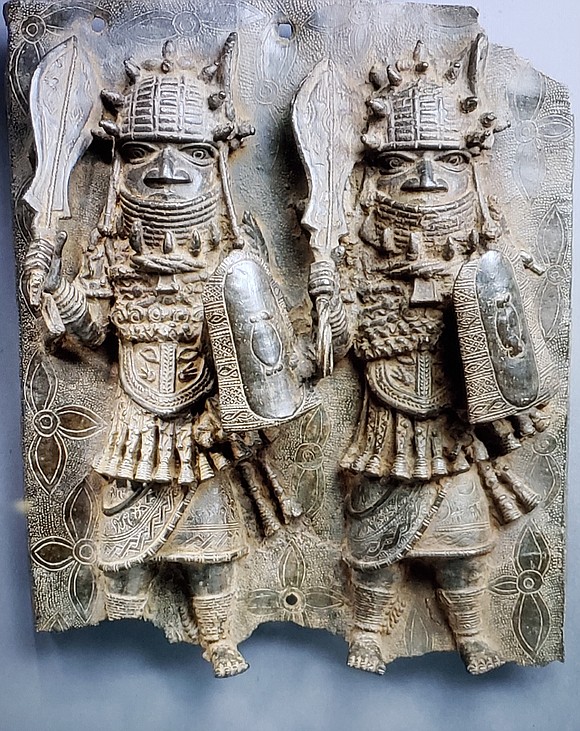 France is set to return stolen art treasures to Benin after an order from French President Emmanuel Macron.

According to the 108-page report, “The Restitution of African Cultural Heritage.

These objects are not only worth millions of dollars but are also evidence of cultural patrimony looted from African nations. France’s Macron is now heeding the demands of continental and diaspora Africans that these works must be returned to their rightful owners.

Macron is following through on a promise made last year in Burkina Faso’s capital of Ouagadougou. When he toured there in November 2017, he made a speech at the University of Ouagadougou and talked about establishing stronger, more honest French-African relations.

One of the principals he highlighted for establishing stronger relations was the return of stolen assets.

“The first remedy is culture,” he said. “In this area, I cannot accept that a large share of several African countries’ cultural heritage be kept in France. There are historical explanations for it, but there is no valid, lasting and unconditional justification. African heritage cannot solely exist in private collections and European museums. African heritage must be showcased in Paris but also in Dakar, Lagos and Cotonou; this will be one of my priorities. Within five years, I want the conditions to exist for temporary or permanent returns of African heritage to Africa.”

The first artifacts to be returned are 26 pieces to be offered back to Benin, which was colonized by France from 1904 to 1960. The stolen artworks were looted in 1892 from the palace of Béhanzin Hossu Bowelle, ruler of the Kingdom of Dahomey. France has held on to and been able to display these artifacts for 126 years.

Sarr and Savoy wrote toward the end of their report,“[Twenty] years ago, one of the greatest voices of African poetry, the Nigerian Niyi Osundare (*1947), called out to the moon and the seasons in the poem, ‘Africa’s Memory.’ The poem is about four objects dispersed to the four corners of the world, about African kingdoms and Western cities, about the wind that carries away memory and broken spells. Within the depths of the English syntax resides the mother tongue of the poet: the Yoruba language, a few chimerical words, composed and condensed of real words, unique as proper nouns brimming with multiple meanings, far off from the generic Western names that reduce things to a list one can catalogue in a museum:

I ask for Oluyenyetuye bronze of Ife

The moon says it is in Bonn

I ask for Ogidigbonyingboyin mask of Benin

it is in London

The moon says it is in Paris

it is in New York

I ask for the

it is blowing in the wind

In a statement from the Elysée Palace, Macron has called for an early 2019 meeting between African and European nations so that they can “build together this new relationship and this exchange policy” and establish an agreed-upon policy for the exchange of stolen artifacts.