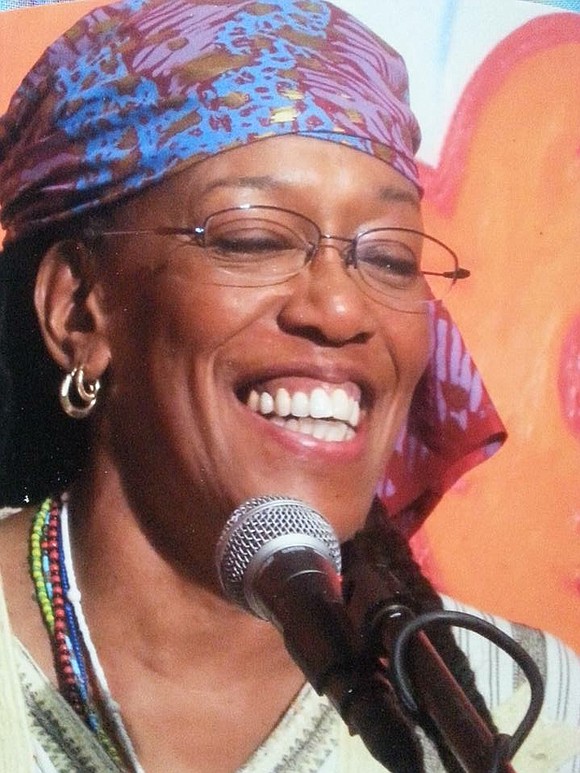 Madeleine Yayodele Nelson, founder of the musical company Women of the Calabash, died unexpectedly Thursday, Sept. 6, 2018, at the age of 69.

Madeleine, a 43-year resident of New York City, was born in Pittsburgh to Alberta Nelson (née Hall) and Frank A. Nelson Jr. She graduated from Slippery Rock College with a bachelor’s degree in education.

Known to friends as “Yayo,” Madeleine was a gifted and celebrated musician. She was a singer and a master percussionist, specializing in the shekere, a West African instrument made from a dried gourd covered with beads, the djembe drum and the mbira thumb piano. She performed and paid tribute to the music of Africa and the African Diaspora for 40 years with her groups Women of the Calabash and Alakande. As a solo artist, Madeleine recorded with several noted musicians, including Paul Simon, Edie Brickell and Billy Harper. As an educator, she taught in the Pennsylvania and New York public school systems and at the Fresh Air Fund Camp in Fishkill, N.Y. She also lectured at Julliard and taught master classes at the Manhattan School of Music. Madeleine was a practiced instrument maker, and she handcrafted all the shekeres for the New York and London companies of the Broadway show “Fela!”

Madeleine was a devoted mother, a loving sister and an adoring aunt. She was an inspirational teacher and a sensitive friend. She is survived by her son, Ayodele Nelson; her siblings Judith Nelson (James) Dilday, Herbert (Francine McNairy) Nelson and Melana (Derek) Nelson-Amaker; and her many cousins, nieces and nephews. She is predeceased by her parents, and by her brothers, Frank Nelson and Julian Nelson.