The Yankees were good, but they didn’t expect Boston to be better 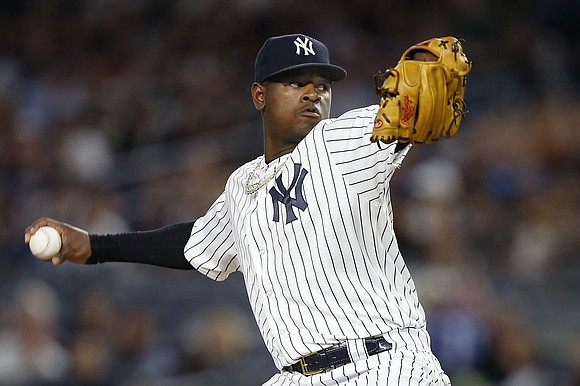 When Yankee pitcher Luis Severino took the mound last night against the Oakland A’s, nothing else mattered but the nine innings of baseball, 81-plus strikes to total 27 outs facing them.

The 100 wins that got them there this season, to the American League Wild Card game, were nothing more now than numbers and information for their front office staff to funnel through to their sabormetrics analysis.

It’s loser go home, a one-game elimination. The loss means that the 2018 season is over for either the A’s or the Yankees, who are playing their third Wild Card game in four years. The winner advances to play the Boston Red Sox in the American League Division Series, the best three out of five games beginning tomorrow (Friday) in Boston.

The Yanks and A’s played six regular season games this year, each team winning three. The first three were played at Yankee Stadium in May. The Yankees took two of three. Last month (September), the A’s, who won 97 games, losing 65 this year, took two of three from New York in Oakland.

With 91 wins and 71 losses, the Yankees overachieved last year, beating the Minnesota Twins in the Wild Card game, and the Cleveland Indians in the American League Division Series 3-2, and then losing to the Houston Astros in seven games in the American League Championship. Just one game separated them from the World Series against the Los Angeles Dodgers, who the Astros defeated to win it all.

Severino emerged from last season as one of the Yankees’ best pitchers. He started off the year where he left off, but has regressed since the midseason.

“I think he’s ready for this,” said Aaron Boone, the Yankees’ first-year manager, who put all of his confidence in the team’s ace.

One hundred wins or more in a season is tremendous, but with all of the Yankees’ success, their stellar line-up that includes Aaron Judge, who hit 52 home runs last year, breaking the rookie record; Giancarlo Stanton, the National League MVP and RBI leader acquired in the offseason in a deal with the Miami Marlins; short stop Didi Gregorios; and pitchers Severino, Masahiro Tanaka and CC Sabathia might not have expected the Red Sox, their division rivals, or maybe even the Tampa Bay Rays (90 wins, 72 losses), to be better.

Boston was better, finishing the year with 108 wins and 54 losses, 15 wins more than last season, a first-place finish in the American League East division, placing the Yankees in second, bringing us to today, the American League Division Series in Boston.