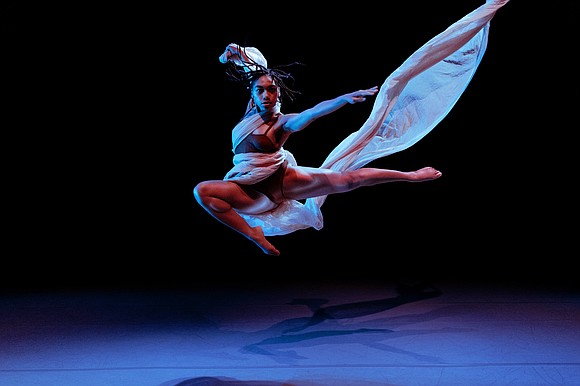 Be there when the American Dance Guild honors two dance luminaries, Jane Comfort and the late Eleo Pomare, in four days of performances by 32 multi-generational artists from across the United States (Oct. 25-Oct. 28) at Ailey Citigroup Theater.

According to Gloria McLean, president of the ADG, this year’s ADG Festival, “Visions Then and Now,” as it has for the past 60 years, promotes the new and preserves “…the living history of modern dance as an art form…[This year’s festival will]…exhibit the inclusiveness of dance and the diversity on which this country was built.”

Comfort recently celebrated her 40th year as a choreographer in a retrospective program, and was nominated for a 2018 Bessie Award for the retrospective. For the ADG event, Comfort will present a medley of shorts from her socially and politically charged dance theater works “Superman,” “Underground River,” “S/He” and “Spiderwoman,” excerpts of interviews and works from the video that accompanied her retrospective. To honor Pomare, a revered choreographer from the 1960s until his death in 2007, sometimes called the “bad boy” for his outspoken commentary on political and social issues, legendary works, including “Radeau/Raft” (1996), danced by Alpha Omega Theatrical Dance Company, and “Hex” (1964), by Dyane Harvey, longtime member of the Eleo Pomare Dance Company, will be performed.

Also slated for the four days are archival footage of interviews with Comfort and Pomare, presented by Celia Ipiotis; a special tribute to Donald McKayle, an adviser to the ADG board, who died in April 2018—Roxanne d’Orleans Juste of the José Limón Company will dance an excerpt from “Heartbeats” (1997) in McKayle’s honor; the presentation of Lifetime Achievement Awards to the honorees; and so much more. For more information, visit www.americandanceguild.org.

Oct. 4-Oct. 6—The Algerian-born Parisian, Nacera Belaza, who explores minimalism and Algerian cultural practice in her work, will present Sur le Fil, in which she “…applies a rigorous set of rules to both the body and mind of three dancers to explore the paradoxical space between submission and abandon,” according to the release. On Saturday evening’s program, Belaza performs the tryptich “Sur le Fil,” “La Nuit” and “La Traversée.” For more information, visit www.danspaceproject.org.