Great production makes the Jets forget, takes the pressure off 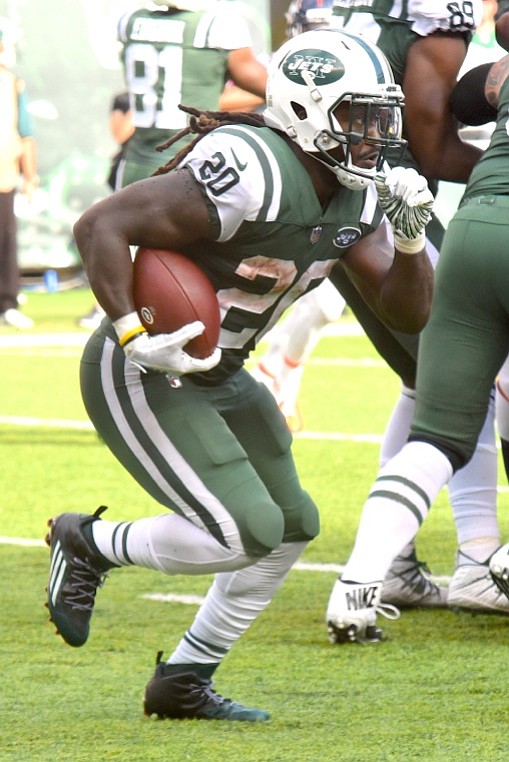 Last week, a lot of attention was given to the endorsement deal that was made between Isaiah Crowell, the New York Jets first-year running back, and a company that manufacturers a toilet-paper substitute for men. The deal came after the Jets road-game against the Cleveland Browns in Week 3, a Jets’ loss.

After scoring a second touchdown, Crowell, who played with the Browns before joining the Jets, pretended to defecate in the end zone in the Browns’ stadium. He then kind of emulated wiping his rear with the football before throwing it into the crowd.

Jets’ head coach Todd Bowles wasn’t pleased with Crowell’s antics, which also caused the team to be penalized. After the game, Bowles told reporters that it was “inexcusable,” and that it would never happen again.

Crowell’s response? “I was just having fun,” he said. “You gotta have fun. If you’re not having fun with what you do, you might as well stop doing it.”

That’s how he felt about it, although he was remorseful about the penalty that the team received, and of course his $13,369 NFL fine.

By Sunday, when the Jets played the Denver Broncos at home, MetLife Stadium, the conversation had somewhat quieted down, but what has quieted it down altogether was the record-setting 219 yards on 15 carries establishing a new Jets’ franchise record.

Crowell also became the fourth player in NFL history to total 200-plus rushing yards on 15 or fewer carries—112 yards, 8 carries in the first half, 107 yards, 7 carries in the second. That was the second 100-plus yard first half run of his career.

During the second quarter, Crowell recorded a 77-yard touchdown run on a first down play to tie Denver 7-7. That was Crowell’s most explosive run of the season after logging a 62-yarder against the Detroit Lions in Week 1. He credited the offensive line and their coordinator.

“I just wanted to congratulate my O-line, because without them I wouldn’t be able to do that,” he said. “They were opening up holes all game. I felt like JB [Jeremy Bates, the offensive coordinator] basically committed to the run, and I feel like our O-line did their thing.”

When asked if his performance was in any way inspired by all of his recent negative press, Crowell said, “No.”