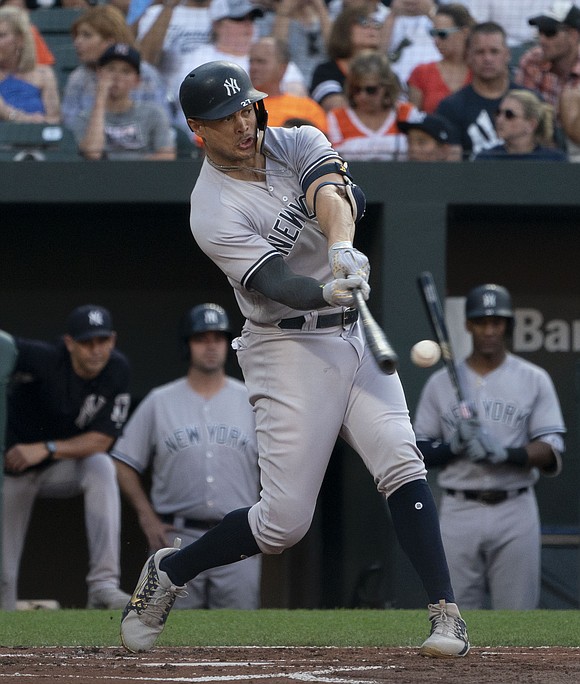 When the Yankees beat the Boston Red Sox in dramatic fashion on the night of Oct. 16, 2003, Game 7, to win the American League Championship Series, a Boston fan standing next to me on the left field side of the old Yankee Stadium just past third base said, “It’s really hard being a Red Sox fan.”

It was unimaginable for a Yankees fan to feel his pain then, but the past 15 years should have brought on both a commensurate and a commiserate level of understanding.

Actually, the opportunity to empathize began the very next season, the 2004 ALCS.

The New York Yankees, up three games to nothing in the seven-game series, winning Game 3 19-8 in Fenway Park, becomes the first team to ever lose four straight postseason games, allowing the Red Sox, their most noted rivals, to come from behind and win the ALCS.

The Yankees’ 4-3 playoff loss Tuesday night to Boston in Game 4, closing out the five-game series, was only the American League Division Series, the one that gets you to the ALCS, but it was against the Red Sox, and like the epic loss Oct. 20, 2004, the series closed out at Yankee Stadium, allowing Boston to celebrate in the Bronx, take photos of elation in the Bronx, pop bottles in the Bronx, create new, unforgettable, historic memories in the Bronx and rub their Red Sox victories in the face of the Yankees and Yankees fans in the Bronx.

To the Yankees’ credit, they were able to split the first two games in Boston, losing Game 1 and winning Game 2, 6-2.

Game 3 in New York was a disaster, a 16-1 loss to Boston, the Yankees’ worst postseason loss in history before being closed out in Game 4, 4-3, a game that they valiantly might have won if Giancarlo Stanton, the tying run, had a better sense of the strike zone and hadn’t swung at bad pitches in the ninth inning, pitches that were clearly balls, not strikes, and completely out of the strike zone. The bases were loaded. A walk was just as good as a hit during his at bat, but that wasn’t his first time coming up short in the series.

“Obviously he had some chances, some chances where he could have made a big difference with a big hit or whatever, and it just didn’t happen in this series,” said Aaron Boone, the Yankees’ manager who as a player hit the walk-off home run in the 2003 ALCS to win the game for the Yanks against Boston, one of their greatest, and most memorable.

Until the Yankees had scored their first run of the game in the fifth inning Tuesday night, they had only scored two runs in 11 innings of play. Only two runs from a team that broke the regular season home run record this year, totaling 266 jacks in all. Game 3 might not have been winnable, but Game 1 was, as was Game 4, both 1-run defeats.

They did go down fighting. “I thought we were going to come back and win,” said first baseman Luke Voit. “Everyone in the stadium, everyone in the dugout was going crazy.” And they were, with the Yanks rallying, trying to get to Game 5 today, Thursday in Boston.

“Our crowd was unbelievable, all the way down to the last pitch,” said Yankees’ 11-year veteran outfielder Brett Boone.

“It’s what makes baseball so great,” said Voit. “You can get so close, but it stabs you in the heart at the end of the day.”