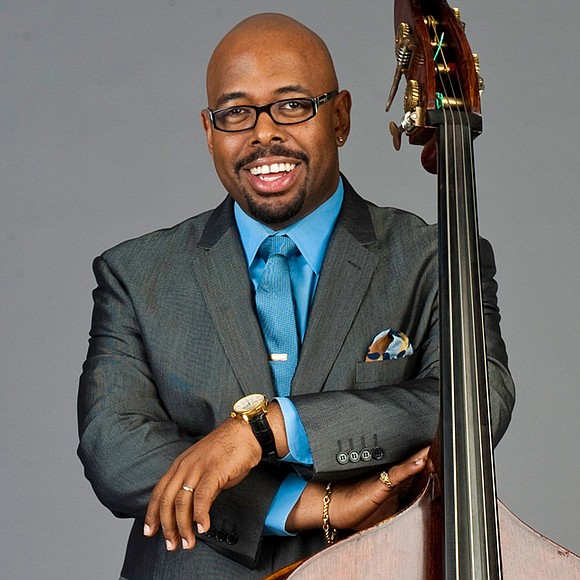 The legend James Brown had a very hard life, like most Black people who grew up in the United States of America. His mother left their family and his father sent him to live with his aunt in South Carolina, who ran a brothel. A child living in a very difficult era, Brown took odd jobs, including picking cotton, shining shoes and washing cars—in short, he hustled.

As a performer he was known for many things, including his style of dress, perhaps a result of being clothed, as a child, in hand-me-downs on the good days, but from his own mouth, he said, “All of my clothes were made from sacks and things like that.” And there the seed was planted to not just survive, but to thrive. “I knew I had to make it,” he said. “I had the determination to go on, and my determination was to be somebody.”

To celebrate the vitality of the late, great Brown, the Apollo Theater presents “Say It Loud— I’m Black and I’m Proud at 50,” a one-night-only concert produced by the Apollo Theater and curated by musical director and multi-Grammy Award winner Christian McBride.

The concert, Oct. 20, 2018, at 8 p.m., celebrates the music that helped to propel the Black Power Movement forward and honors the Godfather of Soul, as well as contemporary artists who continue to champion Black Pride. In 1968, when Brown recorded “Say It Loud, I’m Black and I’m Proud,” the song became a hit and ultimately a theme for the movement. “Say It Loud” continues the nonprofit theater’s commitment to articulating and projecting the African-American narrative and its role in the development of American and global culture.

Like many before him and after him, Brown found comfort and the core of his sound in gospel music. Often called “the hardest working man in show business,” he has later justly crowned the “Godfather of Soul.”

Brown first performed at the Apollo in 1959, with the Famous Flames, and went on to perform there continuously throughout his career, filming his television special “Man to Man” and recording the hit album “Live at the Apollo,” and in June 1968, performing eight shows over three days. Like the Apollo Theater, Brown has a long history of being a force for change in the African-American community. During the Black Power Movement in 1968, he quelled riots in Boston, where his full performance at Boston Garden was broadcast live the night after Martin Luther King’s assassination, and he took his show on a three-day, USO-sponsored tour of Vietnam, performing for more than a thousand troops.

Joining the band will be special guest vocalist Raheem DeVaughn, a three-time Grammy Award-nominated singer/songwriter; Lisa Fischer, a famed singer who has performed around the world as a solo artist and also as a singer with the Rolling Stones, Tina Turner, Chaka Khan and many others; Nona Hendryx, a singer/songwriter and founding member of the group Labelle; and Avery*Sunshine, a vocalist who has worked with artists such as B.B. King and Ledisi.

Additional programming for “Say It Loud—I’m Black and I’m Proud at 50” includes Live Wire: re-Volution Live—50 years since Say It Loud, Thursday, Oct. 18, at 6:30 p.m. at the Apollo. The free event will feature a night of music and conversation with Christian McBride and Mark Anthony Neal, Duke University professor of African and African-American Studies, and guests to be announced.