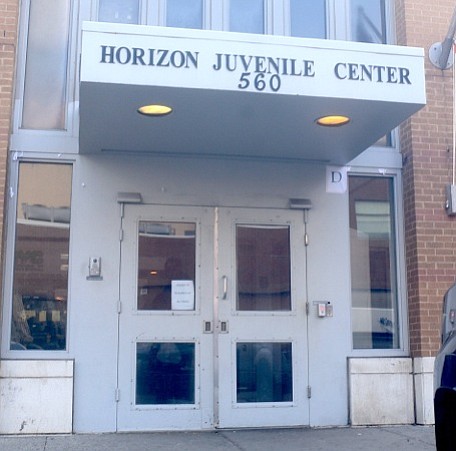 The city continues to look for long-term solutions for what to do to improve conditions at Horizon Juvenile Center in the South Bronx after news broke that 40 corrections officers were injured at the facility in recent weeks.

Fights at the facility resulted in the injuries. As a result, the state announced that it allowed officers at Horizon to use pepper spray to combat violence for seven days.

Dozens of teens were recently transferred from Rikers Island to Horizon as a result of Gov. Andrew Cuomo implementing “Raise the Age,” a policy that takes minors of out adult jails.

A group of Bronx City Council members met at City Hall to discuss what else could be done. Last Thursday, the Administration for Children’s Services and the Correction Officers Benevolent Association came up with several new safety measures, including limiting movement in hallways, securing classroom furniture to the floor and making family visits easier.

“We are in a transitionary period for a historic reform that’s never been done before,” a representative from ASC said. “Additional safety measures have been put in place at the new facility, and incidents have decreased. Everyone—youth and staff alike—is adjusting to the new environment.”

Speaking on COBA’s radio show on WBLS, union president Elias Husamudeen said there are more than 125 youth at Horizon between the ages of 13 and 17. He blames the violence on a lack of social services, such as job training and mental health assistance.

“This is a sham,” Husamudeen said. “Where are the other legislators and politicians and community activists and community advocates? Someone should be talking about how the city has invested $300 million to build two facilities, and they can’t get it right.”

Bronx Assemblyman Michael Blake said the new safety measures by ASC and COBA aren’t enough and that a long-term solution is needed, starting with more transparency.

“These entities must allow for touring of the Horizon facility to ensure that community leaders and elected officials are informed on the current state of the facility and the utilized protocol of the correctional officers,” Blake said. “It is crucial that there is a distinct change of culture from that of Rikers Island and a newfound focus on mentorship, rehabilitation and age-appropriate services.”

Parents are also speaking about conditions their children are facing behind the walls of Horizon. One mother, speaking to the media, said that her son was better off staying at Rikers Island than going in Horizon because of the access he had to services.

“Nobody wants their child to be locked away, but what you want most of all, is that if they are, that they are being treated as a person,” she said.

Other parents are sharing concerns that their children aren’t getting basic needs, such as haircuts, clean uniforms and adequate classes.