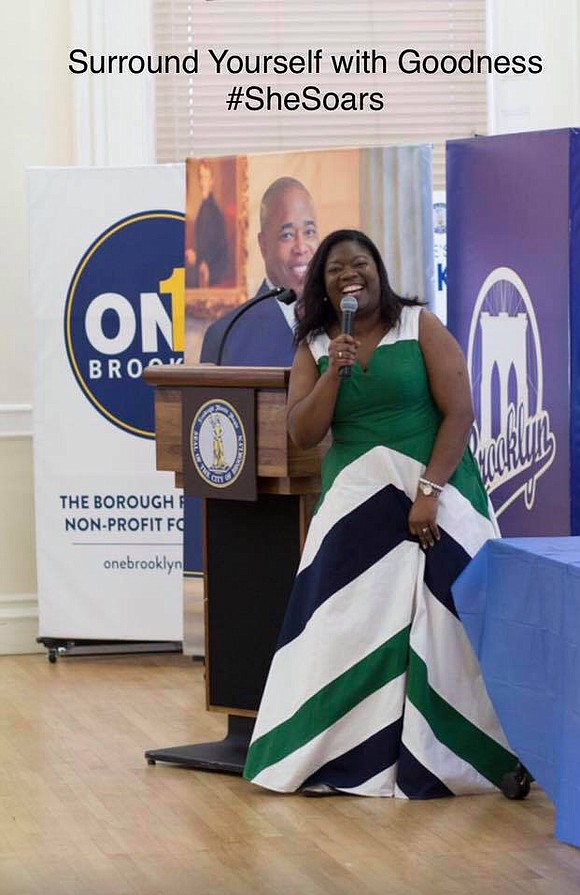 Sheria Stallings is the founder of She Soars Organization, a professional women’s leadership and entrepreneurial company that helps other small businesses in seven key areas that challenge them the most when starting their company or launching a new project. However, before starting this established organization, she was going through agony because of unexpected news.

For many, the holidays are the best time of the year in which traditions are shared between family and friends. Gifts are exchanged, meals are prepared and laughter usually fills the air. Six days before Christmas Dec. 19, Stallings received news that she had breast cancer and that it had already traveled to her lymph nodes.

“It had already traveled to my lymph nodes” she said of her cancer. Stallings recounts going through the usual process of getting MRIs and different scans just to see if it had moved to other parts of her body outside of her lymph nodes. She underwent a surgery that was six and a half hours while another one was an hour and a half. Shockingly, right about when it was time for her to do radiation and chemotherapy, the doctors found out that she was four to six weeks pregnant, which meant that when they performed the surgeries and tests on her, she was exposed to a level of radiation at only two weeks of being pregnant. She recalled, “Basically, they said to me that my cancer was so aggressive they did not think that I would live through the pregnancy. And that if I had any chance of survival, that I would have to terminate. So it literally knocked me off my feet.”

Distraught, she asked the doctor if she terminated the pregnancy if it would save her life. The doctor said no, and she said, “Well then, I choose my baby.” At that point, the medical world was rocked because the doctors could not treat her with chemo and they told her because of the surgeries and exposure to radiation, there was a high chance that her child would be born with deformities and birth defects.

She worked with holistic doctors with degrees who used holistic treatments. “I was on a raw food, plant-based diet. Juicing a lot—what I call eating rabbit food. And my baby was born 7 pounds, 14 ounces. She was born without any birth defects, no abnormalities, she’s perfectly healthy.”

During every year on her birthday month in August, Stallings honors other cancer survivors and caregivers to celebrate. This act became her other program, Cast Your Pearls, which was originally under She Soars.

She explained, “This started out as a community-based event under She Soars but it has grown so large that it became its own entity.” At Cast Your Pearls, they raise awareness for women who are both pregnant and with cancer.

“I am so grateful to God each and every day that I can stand here to tell my story of triumph, of victory, of being healed, and also not only for me but for my child,” said Stallings, filled with gratitude. “If I cannot send another message, we have to do our monthly exams. We have to be our own advocate.”