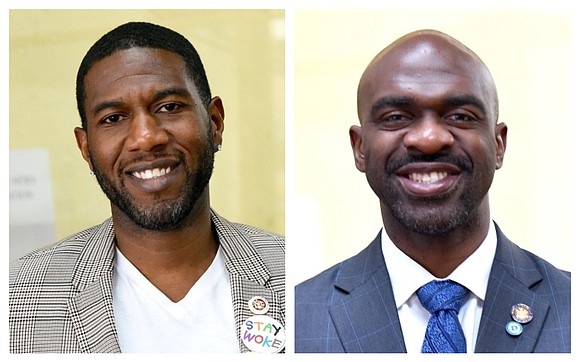 Pending that current Public Advocate Letitia James, who is running for state attorney general, is elected, Blake and Williams said Tuesday they will move forward with separate campaigns once the seat is vacated.

Williams recently lost his run in the state primaries to be the Democratic nominee for lieutenant governor to incumbent Kathy Hochul. The race was close with Williams getting close to 47 percent of the vote. He said in a statement that he wants to make the city affordable. Williams, 42, has served in the City Council representing Brooklyn’s 45th District since 2010 and is in his third term.

“New York City needs to live up to its promise as a progressive beacon, and government needs not just to legislate but to listen,” he said. “Too many working class New Yorkers are struggling, and this city belongs to them—not just to the rich or real estate lobby. This is our New York and it’s time to take it back.”

Taking office in 2015, Blake, 36, currently represents New York’s 79th Assembly District in the Bronx. He is also a vice chair of the Democratic National Committee. Blake said during a kickoff rally that he is focusing on jobs and justice.

“We need the next public advocate to be someone who will fulfill the explicit mission of the office to advocate for the public interests, especially for those who are ignored with a not so benign neglect,” he said.

A special election for public advocate is expected to take place in February 2019.