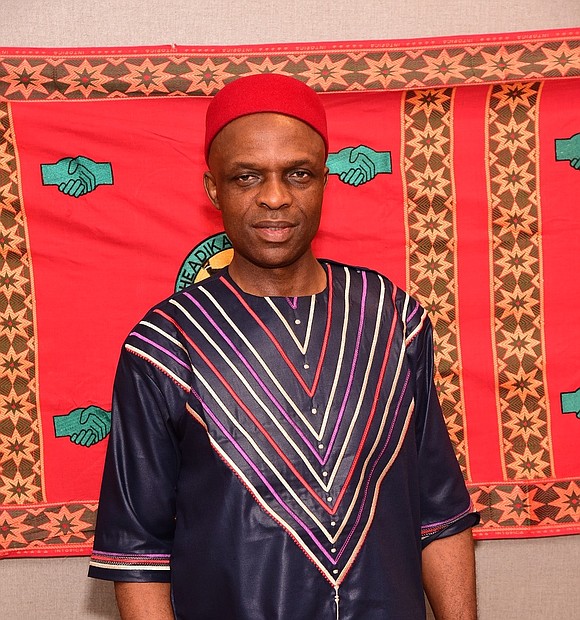 Dr. George Onuorah, who holds an honorary doctorate from CICA International University and Seminary, is the co-founder and publisher of Our World Media Magazine, director of Media and Projects for the nonprofit organization When In Need Foundation and the author of “The Political Diary of a Rising Son.”

Holding a BA in political science from York College and an associate degree in mass communication, Onuorah’s devotion has always been evident in his work when it involves seeing a problem in the community and actively doing something about it.

His longtime passion for writing and serving those around him started back home in Anambra State, Nigeria. “I was writing as far back as high school when I attended St. Michael Secondary School in Anambra State,” said Onuorah. “There I was involved in essay competitions, and I always came first.” One of his first writings was published in the Anambra State newspaper, The Daily Star.

This thirst for writing and commentating was heavily inspired by one of Onuorah’s heroes, Chief Doctor Nnamdi Azikiwe (also referred to as “Zik”), the first governor general and the first president of Nigeria.

“I’ve always seen Zik as my idol,” said Onuorah. “He went to school in Lincoln University in Pennsylvania. He has 15 honorary doctorate degrees. He’s well learned, well respected. He was amongst one of the architects of Nigerian Independence.”

After seeing how accomplished his idol was and how successful his own magazine was, Onuorah finally made the decision to come to America and begin his own legacy.

He started with Our World Media, partnered with Joseph Swift, and then took on the role as director of Media and Projects for WIN Foundation, a global foundation that has been present in Chile, Uruguay, the U.K., Spain, the Dominican Republic and Queens, N.Y. Now the organization is focused on Nigeria.

Although the organization has operated in a number of countries, they realized that they had to go back to their roots and give back. “We try to zero in, in Nigeria because charity starts at home,” said Onuorah. “We’ve been to Milan, DR, but after a while we were like, ‘We’re spreading ourselves thin. What about our country, our home?’”

Now back home, the organization started an agriculture program to pair widows and help them to farm to feed their families, sell produce and hopefully train their children to provide for themselves.

Currently, Onuorah is contemplating running for office in Queens. He said, “Nothing satisfies me more than to see that some of the deficiencies in my community are addressed. I am someone that have vision of a better life. I have seen how things were where we came from in Nigeria. I have studied the science of governance and I think I am compassionate enough. I think the next step for me is to go the extra mile to see if my community sees me worthy enough to represent them. That’s the next frontier of challenge.”