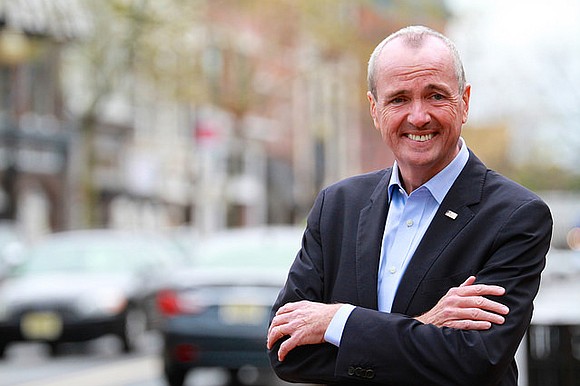 Saturday, the New Jersey Institute for Social Justice and other groups, including the NAACP, are holding the Rally for the #94Percent in front of Mount Calvary Missionary Baptist Church in Newark calling on New Jersey Gov. Phil Murphy to be accountable to the 94 percent of Black voters that elected him into office.

The sponsoring organizations are calling on the governor to commit to the following: transforming New Jersey’s youth justice system by convening the youth justice taskforce; supporting and eventually signing S-2100/A-3456, legislation that would restore the right to vote to people with criminal convictions; and working toward closing the racial wealth gap.

Organizers say that nine months into his administration, Murphy has not focused on critical issues facing Black New Jerseyans. The Institute and its partners are calling on Murphy to take action on critical racial justice issues.

“Ninety-four percent of Black voters cast their ballots for Governor Phil Murphy in 2017,” NJISJ officials said in a statement. “Without this support from the Black community, it is unlikely that Phil Murphy would be New Jersey’s governor: Fifty-three percent of white voters supported his opponent.”

New Jersey also denies the vote to nearly 100,000 people who are in prison, on parole or on probation. Half of those denied the right to vote are Black, even though Black people comprise just 15 percent of the state’s population.

The day will begin with a march from the Avon Avenue School at 11 a.m. and the rally will officially start at noon in front of Mount Calvary Missionary Baptist Church, located at 235 Seymour Ave. The church is best known for Dr. Martin Luther King Jr.’s visit 50 years ago to gain support for the Poor People’s Campaign.

The rally program will feature a number of speakers, including Newark Mayor Ras Baraka.