Jets beef up their receiving core before heading to Chicago 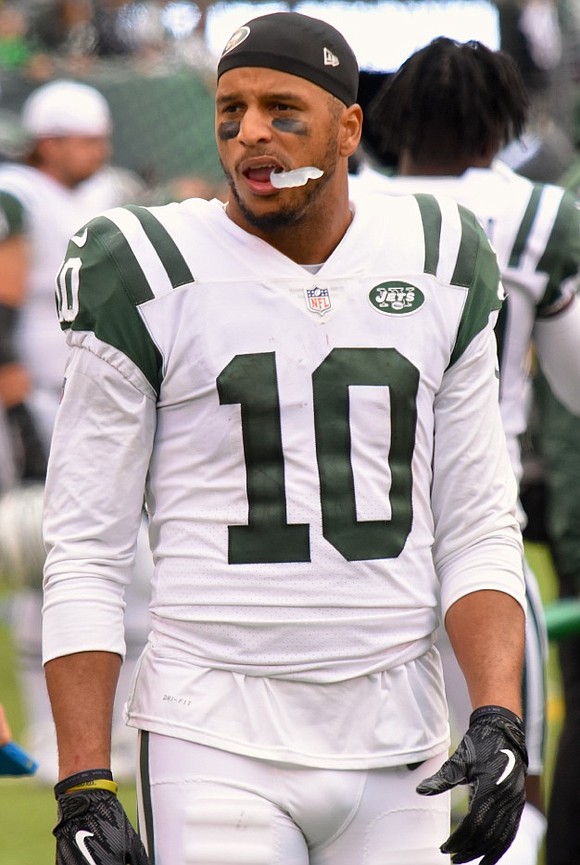 The 3 and 4 New York Jets, third in the AFC East division, addressed the needs of their injured receiving core this week by signing veteran free agent Rishard Matthews to a contract. Terms are undisclosed.

Matthews, listed at 6-feet even, 217 pounds, just turned 29 earlier this month. He recently played for the Tennessee Titans until asking for a release in September after signing an extension the month before, citing the lack of playing time. He played in three Titans games.

Matthews was drafted by the Miami Dolphins in the seventh round, the 227th overall pick of the 2012 NFL Draft. He played college football for the University of Nevada with noted quarterback Colin Kaepernick.

The most productive season of Matthews’ career was 2016-17, his first season with the Titans. Matthews set a career-high of 945 receiving yards, 65 receptions with nine touchdowns. He led Tennessee in both categories. Overall, Matthews has logged 228 receptions, 3,147 receiving yards and 21 total touchdowns.

Matthews will join receivers Robby Anderson and Jermaine Kearse as the Jets prepare for Sunday’s road game against the Chicago Bears, one of the league’s better defensive teams. They lost Sunday’s game to the Minnesota Vikings 37 to 17, ending their two-game win streak.

Despite the loss, the Jets’ defense was able to hold Minnesota’s offense to zero third down conversions in eight tries during the first half, but their success ended there. The Vikings opened up their 10-7 halftime lead with 10 points in the third quarter and 17 more in the fourth.

“We struggled,” said head coach Todd Bowles, giving some credit to the opposition. “They came in with a good game plan. We struggled running the ball early. We struggled making plays down the field.”

Minnesota shut down the Jets’ strengths on all three phases—offense, defense and special teams. Bowles acknowledged, “We’ll go back to the drawing board.”

At times the Jets even had trouble protecting Sam Darnold, their rookie quarterback, who was intercepted three times.

Darnold threw for 206 yards, 17 of 42, one touchdown pass to Chris Herndon and a 1-yard touchdown run, the first rushing touchdown of his career.

Bowles summed it up, “We fought hard, but we didn’t play smart and we didn’t make enough plays.”