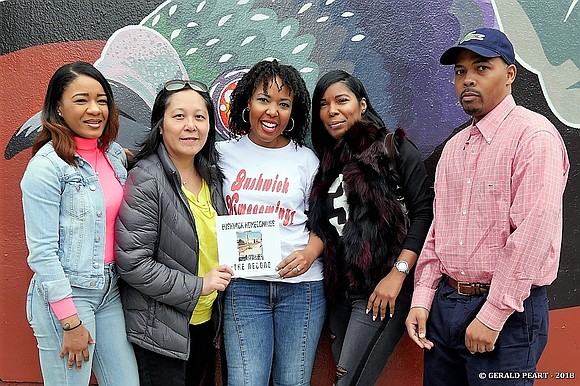 “Bushwick Homecomings: The Record,” a feature-length documentary by filmmaker Stefanie Joshua, had its debut screening Sunday, Oct. 14, on the closing day of the 11th annual Bushwick Film Festival at the Syndicated Bar Theater Kitchen, located in the Bushwick/East Williamsburg section of Brooklyn.

The 96-minute film continues Joshua’s 20-year overview of the Brooklyn neighborhood’s changes and re-development begun in her 2006 documentary short “Bushwick Homecomings.” The film portrays a community in the midst of hyper-gentrification and development coming face to face with its racial, ethnic and socioeconomic barriers. The original “Bushwick Homecomings,” which examined the neighborhood’s changes through the eyes of five local residents, appeared in several national and international film festivals and aired on Black Entertainment Television and the Documentary Channel.

The Bushwick Film Festival ran from Oct. 10 to Oct.14, 2018, and presented more than 95 films from 19 countries over five days. To see a trailer for “Bushwick Homecomings: The Record,” go to, www.