Celebrating the King of Pop 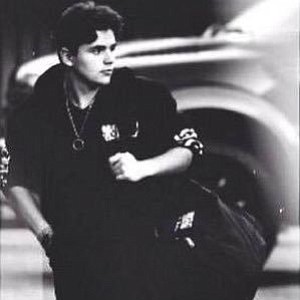 As the world sat on the threshold of bidding adieu to the physical being of the Queen of Soul, Aretha Franklin, across country was a grand celebratory fete for another musical royal. As June 25 marked the ninth anniversary of the day he transitioned, Aug. 29 would have been year 60 of the birth of Michael Jackson.

World renowned as the King of Pop, family, fans and friends congregated in Sin City, Las Vegas, to celebrate. Of course, the milestone date was to have extra spice, so Sony Music and the Estate of Michael Jackson hosted the celebration at the Mandalay Bay Resort & Casino, home to long running attraction “Michael Jackson ONE” by Cirque du Soleil.

After the show, it’s the after-party, so the festivities were moved to the Daylight Beach Club. The Star-studded event was attended by the likes of Gabrielle Union, Tinashe, Blake Griffin, Sway, DJ Quik, television mother Angela Basset (from the TV movie “The Jacksons: An American Dream”), siblings Jackie and Tito, children and off-spring Paris Jackson and Prince Jackson, who accepted the 2018 Elizabeth Taylor Legacy Award for Humanitarian Service on his behalf.

Prince Jackson, “It is a privilege and honor to be here about something that my dad was so passionate about and who he held so near and dear to his heart. The way my father led his life, he led by example. Even though he was the King of Pop, he never thought he was too big for any person, no matter what you did, no matter where you came from.”

After receiving the award, the two announced an auction of a-one-of-a-kind, ruby and diamond studded pair of shoes dubbed “No. 1” by acclaimed designer Giuseppe Zanotti. The bidding is currently live and the final bidding for “No. 1” will take place as part of Julien’s Auctions “Icons & Idols” auction, live at the Hard Rock Café in New York, Nov. 9 and Nov. 10, with the proceeds benefiting the Elizabeth Taylor AIDS Foundation.

Mark Ronson, who just remixed a new song by the king performed a DJ set to warm up the audience for a surprise concert by Usher Raymond.

Aside from the Vegas show, the aforementioned shoe and a rumored Broadway play in the works, Michael Jackson is as hot as ever. In fact, he even managed to hit the gossip columns indirectly. A stir was raised when a video went viral of singer Sam Smith offering a disparaging remark about Jackson. “I don’t like Michael Jackson, but this is a good song,” Smith said. Like that really was gonna fly!

Dear friend and legend in her own right, Stephanie Mills, fired back via social media with following, “@Samsmithworld Don’t come for MICHAEL JACKSON when you wish you have sold as many records and you wish you were the King of Pop like he was.”

Her Instagram post continued, “I’m so tired of you people studying our music and studying our artist and claiming that you don’t like our music. Go sit your 1 HIT WONDER ass down and learn how to finish a tour. When you can sell as many records as the King of Pop, Michael Jackson, then maybe you can say something. So I say to you, Mr. Smith, have several seats and come for me if you want to.”

Repercussions happen when you wanna be startin’ something.