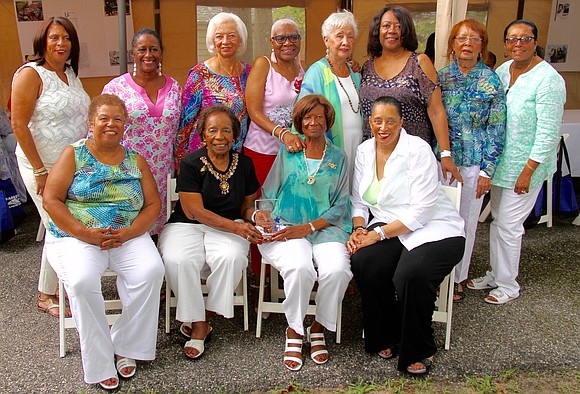 Do you remember last September? Once again, summer is quickly becoming a blur. I hope you enjoyed yours as much as I enjoyed mine. Hopefully, we’ll have a wonderful fall with the smell of crisp, fresh fall air filtering among the changing leaves. I do remember last September. It was exceedingly warm, and the warm weather continued straight through November.

Winding up summer as only they can, the Harlem Cultural Archives added stock to the collection with a birthday tribute concert to the late Dr. Billy Taylor. Performing at the Riverton Houses courtyard, where Taylor raised his family and wrote most of his music, the Marcus Miller Quartet regaled an appreciative audience, which included Taylor’s widow, Theodora Castion Taylor.

Founder of Jazzmobile, Taylor was intent on bringing jazz back to the streets of Harlem. His daughter, Kim Taylor-Thompson, said, “One of his concerns was that the people who created this American art form could no longer hear the music.”

These sentiments were followed by those of Glenn A. Hunter, the co-executive director of the Harlem Cultural Archives, who stated, “The ability to communicate that kind of intellect, intelligence, the depth of the music to a wider audience, that is his legacy. He personified a class act, and always available for the kids, he was an educator. He was selfless, an ambassador for jazz, a fantastic player who made sure everyone knew about jazz.”

No sooner did one fantastic evening end, which had people talking about it up and down the Eastern Seaboard, than the HCA head to the East End to host Harlem in the Hamptons. This year’s celebration, held at the Eastville Community Historical Society Heritage House in Sag Harbor, N. Y., recognized the family of Sag Harbor resident Bill Pickens and the Greater New York and Metro-Manhattan chapters of The Links, Incorporated. Event organizers, Judge W. Franc Perry and Glenn A. Hunter, paced nervously that afternoon, with angry evening storms having given way to drizzle and ultimately a bright breezy day. Extra tenting was deployed just in case, as master caterers, Elaine’s Daughters Catering, set up a breathtaking array of barbecue fixins in anticipation of the crowd. The recognition ceremony began at 3 p.m. A proclamation from Sag Harbor Mayor Sandra Schroder was presented to Pickens.

Proclamations from Manhattan Borough President Gale E. Brewer and citations from State Senator Brian A. Benjamin and Assemblyman Al Taylor were presented to Barbara North Lightning and Dr. Marcella Maxwell of the Greater New York Chapter and Dr. Thelma Dye Holmes and Hazel Dukes of the Metro-Manhattan Chapter of the Links Inc.

HCA’s Power of Trinity plaques—the three stars representing dignity, honesty and integrity—were presented to all of the honorees in recognition of their numerous contributions and lasting legacy of community service.

Also celebrating was Elizabeth Rankin-Fulcher, who stated, “I had a fantabulous birthday celebration with dinner and a show. Twenty of my friends joined me to see the play “Little Rock,” and I encourage all to see it. It is quite entertaining, with really funny jokes, foot tapping music. The storyline weaves great history about the nine little students integrating Central HS in Little Rock Arkansas.” Harvey Butler is the show’s executive producer.