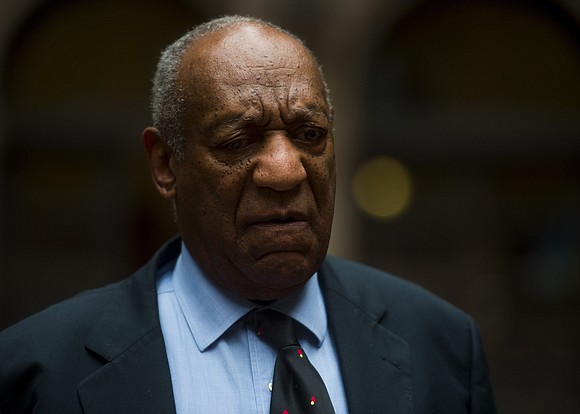 Doctored or lost tapes and an apparent and open conspiracy has led multiple legal experts to conclude that Bill Cosby’s upcoming sentencing on assault charges should be postponed – if not thrown out entirely.

“This kind of information is called ‘Brady evidence,’ which means evidence that tends to show that a person is innocent.”

Like numerous others who reacted to an NNPA Newswire exclusive on Monday that revealed a tape played in court during Cosby’s trial in April may have been doctored, tampered with, or have parts that were not entered into evidence, Saputo said he was disgusted by prosecutors in the case.

“Nationwide, prosecutors have an independent legal duty to disclose this kind of evidence. But too often, this goes ignored,” he said.

“And the consequences are generally little more than a slap on the wrist. If state prosecutors knew about this doctoring, they ought to themselves be convicted of felonies and sentenced to prison. Of course, this probably won’t happen. Sadly, the officials charged with protecting the public are often the biggest violators and virtually immune,” he said.

Professor Michael Vitiello of the Pacific University McGeorge School of Law in Sacramento, Calif., said the allegation of a doctored tape might end up getting Cosby a new trial.

“There are a number of ways that the issue might have arisen. One, if defense counsel really had reason to know that the tape was doctored and failed to act, plausibly it could lead to a claim of ineffective counsel,” Vitiello said.

“Two, if the defense team can show prosecutorial misconduct, for example, in withholding exculpatory evidence, that too might lead to an order of a new trial,” he said.

A third possibility is that the defense could claim newly discovered evidence, but that’s more improbable, Vitiello said, while wondering if Cosby alerted his attorneys at the time the tape was played that something was amiss.

Justin Hansford, a law professor at Howard University’s School of Law, said the trial played out in the public eye and a damning picture of the iconic comedian’s behavior was painted by prosecutors.

“Everyone deserves a fair trial, and it would be unfair if the evidence against him was doctored,” Hansford said.

On Monday, NNPA Newswire broke the story that a recording played in court that appeared to incriminate Cosby was either doctored, had parts of it erased or the full tape was never submitted to authorities.

“What’s not on the tape … Mr. Cosby said to her, asked her point blank, ‘Are you accusing me of date rape?’ Mr. Cosby was incredulous because he knew and Gianna [Constand] knew that he and [accuser] Andrea’s relationship was consensual,” a courthouse source said.

Gianna Constand continued, according to the source:

“She said no, she wasn’t accusing him of date rape but then you get to see her real motivation which was money because she said to him, ‘Bill, things are tough, I don’t know how I’m going to make it’ and this is a married woman saying this so Mr. Cosby just goes on to apologize for having the relationship with her daughter and she told him that his apology was enough and that she didn’t want anything else.”

Montgomery County officials have “began a search for who leaked the information in the same fashion as President Trump seeking to find the writer of the New York Times Op-Ed,” a source said Tuesday.

“This is the sound and fury signifying the lynching of a legacy,” a source said.

Steele filed a motion this month asking O’Neill to permit as many as 60 women who have accused Cosby of inappropriate behavior to testify at his two-day sentencing beginning Monday, Sept. 24.

A slew of Cosby supporters and even those who claim they’re neutral have expressed their curiosity about whether there’s collusion between the judge and the prosecutor given that shortly after Cosby’s conviction, O’Neill announced that he’d be sentenced over two days.

It appears to many that, although Steele just filed the request to have the accusers testify, his intention was known by O’Neill months ago – a legal no-no.

“Why is no one reporting on Mr. Cosby’s sentencing. Steele filed a motion to allow ‘accusers’ to make statements three days ago, yet two months ago, O’Neill set aside two days for sentencing … before the request,” famed private investigator Scott Ross who worked on cases for Cosby, Michael Jackson, Robert Blake and others, wrote on Twitter.

“I read the motion for multiple ‘victims’ to testify. This was clearly predetermined with O’Neill and Steele when it was announced months ago that two days were set aside for sentencing,” Ross said. “Why else would you need two days?”

This is a real concern, said Chrysanthi Leon, an Associate Professor of Sociology and Criminal Justice, Women and Gender Studies, & Legal Studies, University of Delaware.

“It is also a fact that Black men are more likely to be prosecuted and then given severe sentences than white men, even though rates of criminal activity are similar. This system bias is most evident in murder cases when offenders are black and victims are white but has been shown in other forms of violence. This is unjust, and it may be that victim impact statements are part of this problem,” Leon said.

Further, it’s easy to see how allowing untested accusations into a sentencing hearing could be unfair to a defendant, said Kathryne Young, an Assistant Professor of Sociology at the University of Massachusetts at Amherst.

“This practice has garnered criticism from legal scholars in the past,” Young said.

Conspiracy theorist have also pointed to a number of rulings by O’Neill favorable to Steele, including going against former District Attorney Bruce Castor’s deal with Cosby to not use his civil deposition with Constand to prosecute him.

O’Neill also refused to allow key testimony from witnesses who totally contradicted Constand’s story or painted her as an opportunist who admitted to shaking down Cosby.

“What is happening to Cosby, as bad a man as he undoubtedly is, should never happen to anyone in America,” Castor said in a series of emails to NNPA Newswire earlier this year.

“I’m 36 years in the justice system, much of it at a pretty high level and I’m disgusted that any citizen entitled to the presumption of innocence has been treated this way,” Castor said.

Legal experts also have expressed concern that O’Neill refused to rule on whether the 12-year statute of limitations in the case expired, thus avoiding any prosecution of Cosby. Instead, he sent the matter to jurors, who didn’t appear to consider it.

“That’s [always] a pretrial ruling made by the judge,” Ross said.

Steele argued that the alleged assault occurred in January 2004, which meant when he filed charges on Dec. 30, 2015, the statute was only hours from expiring.

However, testimony and a masterful point-by-point, day-by-day presentation of Cosby’s schedule from Dec. 2013 through March of 2014 by attorney Tom Mesereau revealed that Cosby was not in Pennsylvania at all when this alleged incident occurred.

If the incident didn’t happen in Jan. 2004, based on Constand’s own testimony, then it either occurred in 2003, which would mean the statute had already expired when charges were brought against Cosby, or the alleged assault didn’t happen at all.