The world stopped to celebrate Her Majesty the Queen 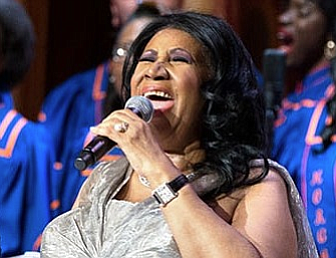 Thursday, Aug. 16, 2018, Her Majesty the Queen of Soul, Aretha Franklin, left this plane, but the world was blessed to experience and enjoy her talent and genius. Graced with the glimpse of the divine, the world and America stopped and paid its tributes to one of America’s greatest national treasures.

At 76, Her Majesty died of pancreatic cancer, and the great Stevie Wonder said, “I have known about her condition, but I prayed she would beat this thing. I hope people will grow up, and grow out of this foolishness. Let go of the hatred. Let go of bigotry. Let go of selfishness. I love you, Aretha.”

Wonder flew to Detroit one day before she died. She could not speak, but he spoke to her, and he believed she understood everything he said to her.

President Obama and his wife Michelle said, “In her voice, we could feel our history, all of it and every shade—our power and pain, our darkness and our light, our quest for redemption and our hard-won respect. She helped us feel more connected to each other, more hopeful and more human. And sometimes she helped us just forget about everything else and dance.”

At 5 years old, Franklin played the piano and sang like a seasoned professional, according to Smoky Robinson, and her father was a great pastor. She grew up in her father’s church. The Rev. Clarence L. Franklin was a religious celebrity. He was on the radio and television, and great men such as Dr. Martin Luther King Jr. and many of the great Black musicians of the time visited his home in Detroit.

From a numbers perspective, Franklin was worth $60 to $80 million, and expected a large portion of her performance payment in cash. The federal government always thought she didn’t pay all of her taxes, because many of her transactions were in cash.

She received 44 Grammy nominations and won 18 Grammy Awards. There were 42 studio albums released, with 73 songs among Billboard’s Hot 100 R&B songs, and 75 million albums sold worldwide. She was a voice of a generation, and many of her songs became anthems for the Civil Rights Movement.

As the tributes continue to pour in from entertainers, musicians, presidents and friends, Mariah Carey said

about her mentor and friend, “Aretha was the greatest singer and musician of my lifetime. The power of your voice in music and in civil rights blew open the door for us and so many others. You were my inspiration, my mentor and my friend.”

I was introduced to Franklin by a girlfriend who lived in the Bronx and worshiped everything she sang. This old girlfriend owned 10 different Aretha Franklin albums and took me to the Apollo to see her perform during her “Young, Gifted and Black” period. The way she was treated at the end of her concert was like royalty, and the show was great and turned me into a big fan.

As this national treasure is put to rest, there is no singer or musician who has not been inspired by her 60 years of work. There is not a style or genre of music from jazz to hip-hop that she has not mastered.

I have always been proud of her body of work, and many of the great singers of her era started in the church. Never stop teaching our children about our greatness, and the rich legacy of the shoulders they stand on.

As Stevie Wonder said, Aretha knew that he loved her, because he spoke to her one day before she passed on. Celebrate our elders and tell them you love them, before they pass on.