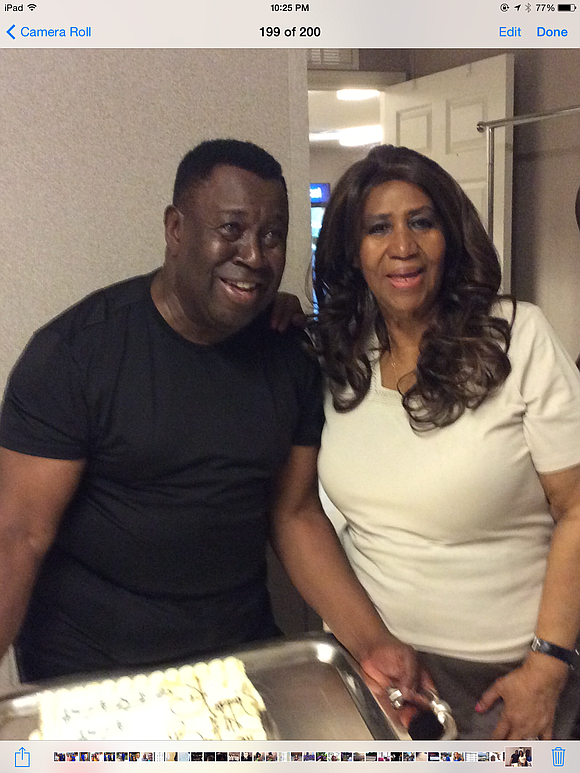 Aretha Franklin with H.B. Barnum, her music director of more than 30 years

Aretha Franklin, the Queen of Soul, received such a beautiful tribute in Detroit. There were public events and a touching funeral, which the world had the opportunity to watch and hear so many wonderful things that Franklin had done to help her community. So many people talked about how she loved and cherished the friendship of those around her. I recently had the opportunity to catch up with H.B. Barnum, who had been Franklin’s musical director for more than 30 years, and he was glad to speak about this great lady.

As Franklin’s musical director, Barnum prepared all the music for the show, including the arrangements. Considering their time on stage, he recalled what stood out for him: “Every time we went on stage, just seeing what new innovation she would do with her voice. She would sing the same song, but she would throw little tricks in to see who was paying attention.”

After working with and being around Franklin for 38 years, when asked about his fondest personal memory Barnum remarked, “It’s hard to take out one thing when you’re with somebody that long. One memorable moment happened one night at Carnegie Hall, where 20 female divas came to see her perform—Gladys Knight, Valerie Simpson, Freda Payne, every diva in New York showed up, it was just an incredible evening.”

Pondering Franklin’s personal demeanor, Barnum candidly said, “As a person, a little standoffish at times, but very wise. She was concerned with what was happening around her in the world, in our society. She was willing to help people. She spent a lot of time talking about world situations—where we were going as a people and a country. She would talk about this in our quiet times. Then there were times when we would ride for hours and she wouldn’t say anything. But, when she wanted to talk, it was on.”

Thinking of his friend and what he’ll miss Barnum shared, “Aretha was an innovator, so there was always new music to be recorded. For a couple of years we tried to mimic other singers, but she found herself in a trap. So we decide to go back to her songs, the ones that only Aretha could sing. We decided to go back to her old songs like ‘Respect,’ and that, for us, was a milestone. We decided to go back and don’t worry about what everybody else is doing—just do you.”

Concerning the tributes that occurred in Detroit for Franklin and the ride to the cemetery, Barnum recalled, “People showed a tremendous amount of respect and reverence. I drove myself, preceding the motorcade to the cemetery, and the streets were just lined with people. It showed me the love and respect of the people, and that was really beautiful.”