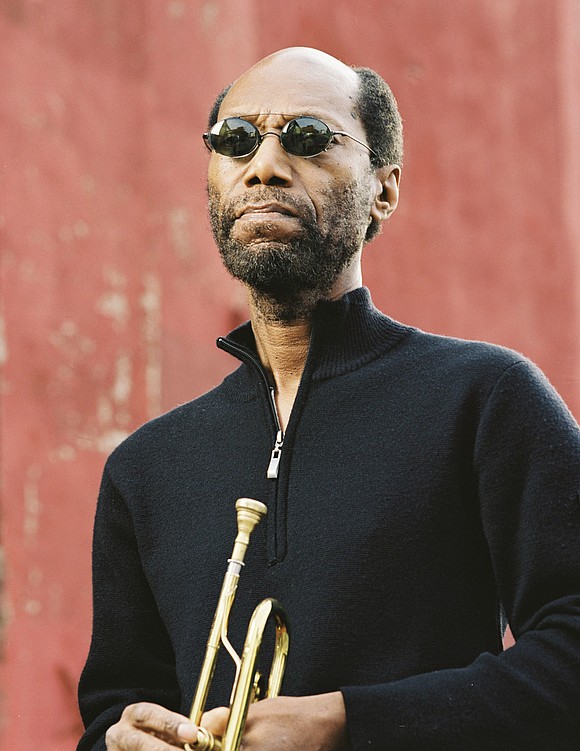 To be part of a tribute band for John Coltrane is by far and honor, but at the same time, these musicians have their work cut out for them. Coltrane played more than music. His compositions and unique sound were flights into the mystical bliss of his genius.

The transcendental voyage of a “Love Supreme” offers prayers of praise as his saxophone speaks with tonal riffs and flurried improvisations, giving us stories of “Alabama” and “Africa/Brass.” It jumps up and shouts for “Ole.” And what he does for the well-traveled standards “Invitation” and “My Favorite Things” is virtuoso.

For years they have said Coltrane plays “free jazz,” which is an oxymoron. The term jazz is representative of an improvisational music that gives the musician infinite concepts. All jazz musicians play free jazz. From my perspective, Coltrane is the voice of the blues from a spiritual light that radiates our musical senses.

Just listen to any of his compositions and blues is a prominent force from his albums already mentioned to ballads, even “Mating Call” with Tadd Dameron (Prestige 1956), “Live at Birdland” (Prestige 1963) or the duo album “Duke Ellington and John Coltrane” (Impulse 1962). Any listener will find it extremely difficult to find music more beautiful (especially the cut “In a Sentimental Mood”). Coltrane had a big bold tone that was intimate with the blues.

Members of this Coltrane ensemble are well-inaugurated with reputations as band leaders, composers and innovators in their own right, so it is going to be quite an engagement in the name of Coltrane. Coltrane was born Sept. 23, 1926, and died July 17, 1967.

The celebration will feature Harlem’s own international saxophonist and composer, Bill Saxton, along with Alvin Flythe and Todd Herbert on tenor saxophones and Dr. John Satchmo Mannan on soprano saxophone, and if you are cool he might drop some vocals on you. Rounding out the ensemble will be pianist Gary Fisher, bassist Tank Shah and drummer Mike Flythe. The concert is free. For information, call Rahima at 212-662-4493.

Carolina Slim (aka Elijah Staley) earned his New York City reputation by playing his guitar in the subway system as part of the MTA’s Music Under New York program. He was one of the last great Piedmont Blues artists.

When Slim, a native of Denmark, S.C., left this mortal coil Feb. 16, 2014, the group decided to keep his music going. Debuting on Columbia University’s WKCR radio just a few days after the funeral, The Fraternal Order of the Society Blues, made up of three of Slim’s most prominent students, decided to extend the music of Carolina Slim into the future.

The trio includes guitarist and vocalist Jeremiah Lockwood. He began playing with Slim at the early age of 14. Ernesto “Lover Cat” Gomez, on harmonica and vocals was in his mid-20s when he began to accompany Slim. Ricky “Dirty Red” Gordon, washboard and vocals, is the elder statesmen in the trio. He has had a long and storied career as a performer with Wynton Marsalis and as a composer and actor collaborating with filmmaker Spike Lee.

Once on a gig underground in a NYC subway station with Slim, Gordon brought a huge drum set. Afterward, Slim said, “Ricky you need to lighten your load.” From that day, he began playing the washboard, scrapping with his signature 12-gauge shotgun shells. Tickets are $25 at the door. This past summer’s Charlie Parker Jazz Festival got off to an early start at the National Jazz Museum in Harlem, presenting a conversation with the trumpeter, composer and arranger Charles Tolliver.

Although born in Florida, he was raised in Harlem from an early age. His grandmother bought him a trumpet when he was 8 years old. Although he took lessons, he is basically self-taught.

As a youngster, he won Amateur Night at the Apollo playing the song “Because of You.”

The conversation focused on two main subjects the 50th celebration and re-issue of his album “Paper Man” (Black Lion 1968). It was his debut album, featuring saxophonist Gary Bartz, pianist Herbie Hancock, bassist Ron Carter and drummer Joe Chambers. Aside from this outstanding group of rising young comets, all six compositions were Tolliver originals.

Tolliver began his career in the band of saxophonist Jackie McLean. He credits jazz promoter extraordinaire and writer Jim Harrison with helping him get his first gig with McLean at the Blue Coronet in Brooklyn where he was hired. He played on many of McLean’s Blue Note recordings.

“Paper Man” was re-issued by Blue Note Records for the 50th anniversary. The release was a collaboration between the label’s producer, Meghan Stabile, and Tolliver. Stabile is also the founder of Revive Alive, a music company that has played a prominent role in bringing young people into the world of jazz and promoting concerts that pair established musicians with younger guns and the hip-hop community.

The group started with “Right Now,” a hard-hitting romp with Tolliver’s trumpet leading off the blast, an enduring tune that swings throughout with everyone getting a voice. “Earl’s World” was the next high-voltage swing, with Tolliver’s notes rising into the stratosphere as the piano and drums let their opinions be heard, as Williams bellowed in and out like a master weaver.

“Paper Man” is totally worth the purchase. A musician of Tolliver’s caliber shouldn’t just pass under the radar. He stands out whether he is leading a small configuration or leading and arranging for a big band. “With Love” was nominated in 2007 for a Grammy Award for Best Large Jazz Ensemble.

“I like to rumble,” said Tolliver. “I take the most difficult routes for improvisation. It’s easy to play a number of choruses effortlessly and never make a mistake, never break down. That’s no fun. You need to get in hot water by trying something out right from the jump, get yourself out of that, and move on to the next chorus.”