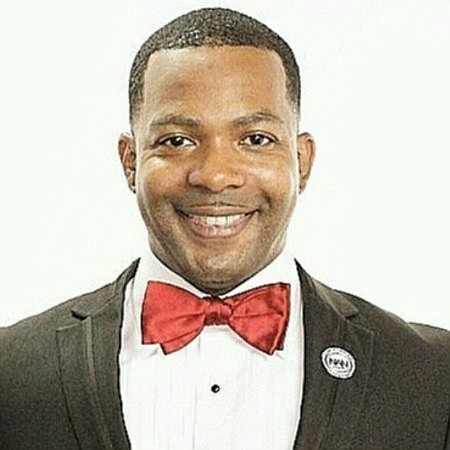 But it’s his work with the National Action Network that he is most recognized for. Gray serves as executive vice president of NAN’s newly organized Bronx Chapter. He also works as a mentor in NAN’s Youth Huddle. Gray has been with the civil rights organization for the past five years.

A native of Mount Vernon, N.Y., Gray said that his father was the president of the block association in the neighborhood his family lived in. Gray said watching his father’s work in the community and battling the crack epidemic at the time inspired him to get involved.

“I watched my dad battle the drug dealers and the crooked cops,” he said. “The police officers were working with the drug dealers, and my father created an atmosphere to close the crack houses.”

While in Mt. Vernon, Gray worked under Mayor Ronald Blackwell, who was the first Black person elected mayor of any municipality in New York State in 1985. During this time, Gray learned how city government works and developed his skills in political consulting.

Gray would go on to many chapters in his life, working in a variety of experiences in entertainment, including as a producer for the “Joey Reynolds Show” on the NBC Nonstop Network.

However, it was an incident in 2012 with police that launched his involvement with the NAN. He was stopped and frisked by NYPD officers and wrongfully accused of a crime in Harlem. He fought the case for three years and eventually received a settlement form the police department.

“Everything changed when I became a victim of police brutality,” he said. “What if I didn’t have the resources to fight this? If I had a nine-to-five job, I would not have been able to fight that case. I used what happened to me to be part of the solution.”

He joined NAN and became involved in the Youth Huddle. There he educates young people about the police and their rights.

Over the past five years, Gray has become more visible and involved with NAN. He saw a growing need to expand NAN’s message and involvement in the Bronx to launch NAN’s chapter in the borough.

The chapter has been on the ground for the past six months, fighting against gun violence and the K2 synthetic marijuana epidemic. Philip Gates Jordan serves as president.

“We hit the ground running, and we’ve been in alliance with several other organizations like Street Corner Resources, the Peacemakers, Zulu Nation, and the Black Spades,” said Gray. “We wanted to fill a void for NAN in the Bronx.”

As Gray builds up his presence in the community, it’s politics he has his sights set on next. He is currently a County Committee member for the El Nuevo Caribe Democratic Club for the 68th Assembly District Part B.

“Right now, I’m doing the Adam Clayton Powell effect,” he said. “I’ve done so much in the community, running for office in the future is a no brainer. I’m helping other politicians now and I understand the demographics of politics.”