Requiem for the IDC 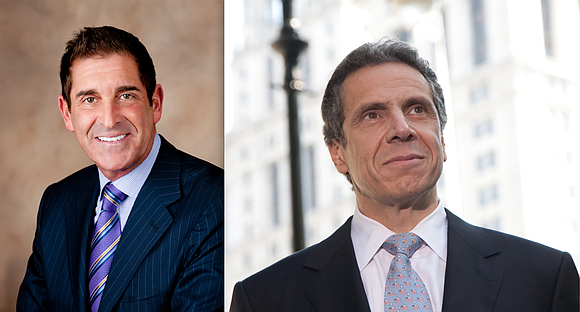 The only IDC member left standing after last Thursday was New York State Sen. Diane Savino, who won her primary.

So what does this defeat signal? According to New York State Sen. Brad Hoylman, it signals a direct rejection of reaching across the aisle in this day and age.

“I think it’s a signal that coalition politics doesn’t work in Albany,” said Hoylman. “The only thing that stands between Trump and New York is Albany, and I think that realization has set in with Democrat voters.”

“If they make the mistake of confirming Brett Kavanaugh, we’re looking at the erosion of abortion rights,” said Bailey. “We got sold a false bill of goods with the tax plan.” Bailey cited criminal justice reform, single payer health care and tenants’ rights as important goals for the new-look Democrats.

“New York has to step up and I’m excited about the potential,” said Bailey.

Pundits and elected officials alike have called primary night a rebuke of business as usual and a call for a more progressive wave of politics in Albany. As the alleged “blue wave” looking to change over power in national politics, New York could be ground zero for the idealized agenda. Not so fast, said New York State Gov. Andrew Cuomo.

During a news conference in Manhattan the day after the primaries and his defeat of challenger Cynthia Nixon, the governor pooh-poohed the efforts of progressives in New York State.

Voter turnout more than doubled from 2014, the year Cuomo swatted Zephyr Teachout’s challenge, with 1.5 million Democrats casting a ballot for him or Nixon. Every county in the state saw a higher turnout except Cuomo’s home county (Westchester County). Turnout was on par with turnouts for presidential primaries.

Billy Easton, executive director of the Alliance for Quality Education, didn’t take kindly to Cuomo calling the anti-IDC progressive wave a fluke. Easton cited Cuomo’s $25 million war chest for the gubernatorial primary as a testament to the influence of money in state politics and not the mark of something “clear and powerful.”

“But to call wins by progressives in June a ‘fluke’ runs in the face of wins by six progressive challengers to the Independent Democratic Conference—Democrats who were aligned with both Cuomo and the Senate Republicans,” said Easton in a statement.

Easton cited the governor’s support of every IDC member, all but one who were defeated.

“The near total wipeout of the IDC, as well as the defeat of Senator Martin Dilan by Democratic Socialist Julia Salazar, is a resounding statement that progressive victories in legislative and congressional districts, upstate and downstate, is much more the new norm in 2018 in New York than it is a fluke,” concluded Easton.

Héctor Figueroa, president of 32BJ SEIU, saw something similar in the rebuke of the IDC.

The members of 32BJ, one of the largest and most politically active unions in New York, celebrated the victories.

Democrats have a lot on the agenda if they want to make a progressive wave work. Rent laws are up for renewal next year, advocates are still pushing for a better health care system to combat the Trump administration’s dismantling of the Affordable Care Act, the potential overturn of Roe v. Wade in the U.S. Supreme Court has local Democrats looking to shore up reproductive rights for New Yorkers, and senators such as Hoylman want to enact climate change legislation that rivals California’s.

“And no longer will we have to make concessions like we did on speed safety cameras for schools or like we did on minimum wage bill that isn’t uniform across the state,” said Hoylman. “We left some working families out in the cold. This is a real opportunity for all Democrats to put their money where their mouth is and make change in our state capital.”

But what prevents another version of the IDC from forming? What prevents the progressive agenda from being blocked again?

“I don’t believe people would go down that path again,” said Bailey. “I think the voters showed that they want people who will be true to the party. I think that we have to take our time and look at what having a majority looks like in terms of the Assembly, the Senate and the governor at the same time. We haven’t had this since 2009-2010 and when we had it, it was a different Senate. We have newer, better Democrats in the Senate right now.”