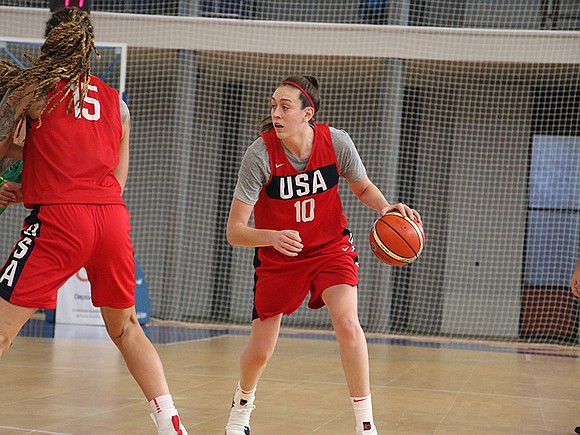 The 2018 WNBA season came to a close Sept. 12, when the Seattle Storm defeated the Washington Mystics 98-82, taking the WNBA title in a three-game sweep. It is the third WNBA Championship for Long Island native Sue Bird, the only holdover from the 2004 and 2010 teams. It was the first WNBA title for this season’s league MVP Breanna Stewart, who was also named Finals MVP.

Bird, 37, said she cannot compare this title to the previous ones. “Obviously each is special in its own way, but this one is probably going to have—I don’t know—just a different meaning for me because of so many reasons that we already know, like I didn’t know if I’d even be playing at this point,” said Bird, who has dealt with knee issues since college, even sitting out the 2013 WNBA season.

As she pondered the final years of her illustrious WNBA career, Bird considered leaving Seattle, the team that selected her with the top pick in the 2002 WNBA Draft, to play closer to family on the East Coast. Instead, she opted to remain, helping rebuild the team after the departure of Lauren Jackson and other key players. With the additions of Jewell Loyd in 2015 and Stewart in 2016, a new powerhouse team came together.

“This is probably going to be one of the defining moments of my career,” said Bird, who had 10 points and 10 assists in game three. “To have played however many years I’ve been playing, to have won in all these places, but then to do it at the end in such a way that was different from all the others, it’s really incredible.”

It is a first WNBA title for Stewart, who led University of Connecticut to a historic four consecutive NCAA titles. She had 30 points, eight rebounds and three assists in the final game. Another crucial player in game three was 2018 WNBA Most Improved Player Natasha Howard, who had 29 points, 14 rebounds and three assists. This title is the second consecutive WNBA Championship for Howard, who played on the Minnesota Lynx in 2017.

“I’m not going to compare it to Minnesota; we’re the Seattle Storm,” said Howard. “We’re special.”

This title is also the first WNBA title for Storm coach Dan Hughes, who has coached in the league since 1999. “You feel like you got an extra period to play that you didn’t expect,” said Hughes, in his first year with the team. “This is a very special moment that I’m a part of this special group.”