‘A Star Is Born’ shines with surprising diversity and inclusion 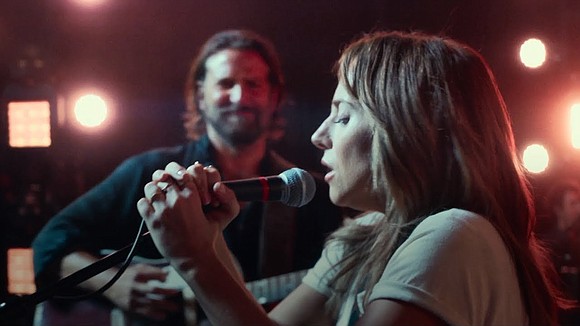 Before you push into the review, it’s important to know that Lady Gaga can act, very well, and actor Bradley Cooper can direct—even better. It’s safe to say that here, “stars are born.”

It’s the fourth remake of this rags-to-riches romance that dates back to 1932, but Cooper’s version is brimming with an energy that’s both bold and timid. It’s also a contemporary story that doesn’t sugarcoat the issue of addiction and its devastating impact on those addicted and the close friends and family members who are affected by the collateral damage.

Bradley Cooper plays the country-western star Jackson Maine, a hard-drinking, pill-popping uber famous musician who has lost his drive for life a long, long time ago. He walks into a drag bar in search of more booze to keep him drunk before taking a flight and finds, instead, the love of his life, Ally, the only biological woman allowed to sing at a drag bar. By the time she’s done singing her version of “La Vie en Rose,” he’s smitten and he wants her in his life.

Ally bristles at Jackson’s attention, having spent her life with an alcoholic father (Andrew Dice Clay!), who has always supported and pushed her to sing even though she was rejected by agents and managers who made comments about her looks or rather, in their opinion, her lack of sellable beauty, citing her rather prominent nose.

Ally, like so many women before her, can’t see her beauty or her talent as a singer-songwriter but Jackson can, and before the end of the first act they have become lovers and stage partners.

Yet Ally’s desire for stardom—at first—does not exist. She just wants to sing, and that motivation, to Jackson, makes her pure. Jackson is magnetic and a delight on the eyes, even when he’s stumbling, drunk and high. His roadie Bobby (Sam Elliott) cleans up the mess, even hiding the fact that Jackson’s slowly losing his hearing because of escalating tinnitus.

On stage, the two are electrifying, filling the gigantic stadium with pure talent. Here is where the film is most authentic.

When Jackson lets the world witness her arresting voice, the real “star is born,” and Ally’s voice pricks the interest of brash manager Rez, who secures her a recording deal and begins to transform her from mere talent to a star, earning her a Grammy along the way.

Jackson doesn’t take Ally’s success well and dives deeper into his crippling addiction. Like most drunks do, he says things—ugly things—to push her buttons. They fight. She rises, he falls. Having lived with her father’s addiction, Ally takes a stance, telling Jackson that she won’t stand by him when he drinks, and in a rage, he calls her the one word that he knows will hurt her, gut her, bringing her down to her knees.

In addiction the addict must hit rock bottom. It’s from that vantage point you either sink or swim, live or die, and that’s also the case of those loved ones who suffer deeply from the damage inflicted by active addicts.

Cooper the actor is beautifully restrained, making you care about his descent into hell. Cooper the director created art and, along with co-screenwriters Eric Roth and Will Fetters, delivers the story with such passion that it brings chills. It’s balanced, meaning that they don’t let the beautifully sung songs overpower the story and, again, that’s the product of experience.

There is a laundry list of reasons why “A Star Is Born” will be a massive hit and earn accolades and nominations. In part, the drive to the box office will be to see Lady Gaga sing, and because the audience won’t be disappointed, the word-of-mouth will carry the next wave for the film.

Bradley has also correctly filled his movie with diversity and inclusion without announcing his “efforts” to do the right thing in this film. He did it because it’s right for myriad reasons. One casting choice, in particular, caught my eye and that’s casting the role of Ramon with Anthony Ramos (“Hamilton,” “She’s Got To Have It”). He plays Ally’s best friend and I wish that he had more to do, but at least—at least—he’s in it. Dave Chappelle (“Chi-Raq”) also appears in the film in a surprising supporting role. Well done, Bradley Cooper—well done, you.

Cooper directed the movie himself and as a filmmaker, he gets it right frame after frame. He delivers an emotional knockout love story filled with diversity and inclusion, and at every step, you care about the characters that fill this realistic, complicated love story.