Author of ‘Modern Herstory’ tells story of its inception 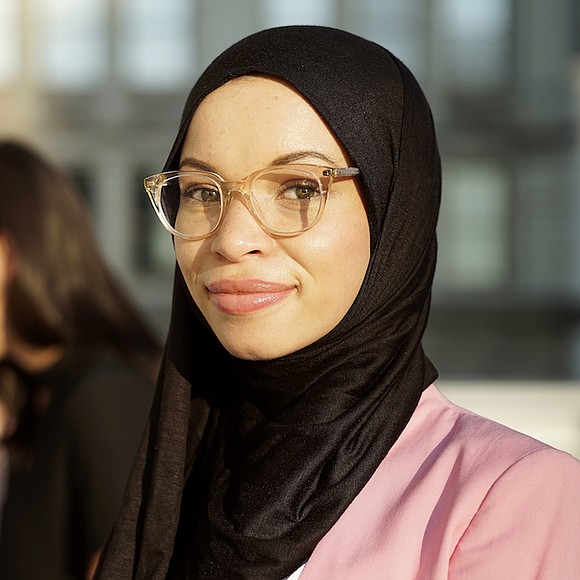 The young and kindhearted new author, Blair Imani, began learning about women’s history at an early age. The Brooklyn resident and executive director of Equality for HER began her work profiling women for Women’s History Month in 2014, which later, in collaboration with illustrator Monique Le evolved into the book, “Modern Herstory: Stories of Women and Nonbinary People Rewriting History,” which, in turn, has given her a platform and extensive knowledge to challenge the patriarchy status quo of how women of color and nonbinary people are highlighted in literature and media pop culture.

The book shares colorful and fun photos and brief profiles of women such as Issa Rae, Rokhaya Diallo, Rihanna and tech entrepreneur Amani Al-Khatahtbeh. Imani spoke with the Amsterdam News about her background and the inception of the book.

AmNews: What inspired you to write about a modern herstory of women and nonbinary female identified people?

Imani: I started this Women’s History Month series back in 2014, with nonprofit Equality for HER. The first couple of years, I did the illustrations myself. With all the momentum from the Women’s March and the Day Without a Woman, it really came to a crescendo in 2017, with Monique Le doing the illustrations. She did an artist challenge in which she drew herself and in 20 different styles, and then posted it on the internet. I saw it and I thought it was cool. She has a lot of variety and range. I thought, “Let me just keep this in the back of my mind.”  When it came to curating the list of women for Women’s History Month, I decided to work with her. She was really enthusiastic about it. In March 2017, we had 30 women we profiled for every day of the month. On the final day, we profiled a women who didn’t have a face and wrote, “You’re the next part of women’s herstory.”

Basically, we had all this great content that raised the profile of the organization, myself and the artist, so I went to a leadership class to get inspired to do something amazing in the world. During the part of the class where we all stood up and said what we are going to do in the world, I said, “I’m going to write a book!”

AmNews: Let’s go even further back. What was the seed, or the spark, in your childhood that got you to accept a job at Equality for HER, and later on curating and writing this book?

Imani: The way I ended up learning about these things was through illustrated projects, like the American Girl doll stories. The different stories they had about women in history, that was a really great way that I ended up getting enthusiastic about history, but simultaneously frustrated that it didn’t have anybody who reflected me or my family. They had the story of Addy with slavery, but it was the most tragic story, and it didn’t touch on anything like the Harlem Renaissance or the 1960s. It felt very far away and tragic. I wanted to have a story that was more encapsulating about the Black experience outside of servitude.

My mom said, “If you want change in the world, write letters.” My friends and I got together and started writing letters to Mattel asking them to have more diverse characters. [American Girl] was eight white girls and one Black girl. We started doing these letter writing campaigns and that was really the crux of my activism.

AmNews: How old were you when you did your first letter writing campaign?

Imani: I think I was 8 years old. I really got fired up about it.