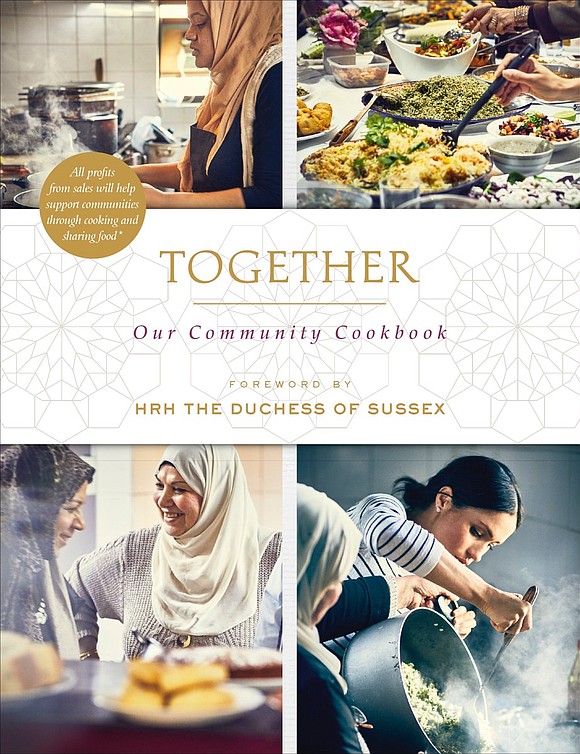 Meghan Markle, the first Black (and first ever) Duchess of Sussex, recently released a new cookbook, although the concept for it is not new.

The American actress previously founded a blog, “The Tig,” which was named after an experience of drinking Tignanello wine and was the first indication that Markle had a passion for food and lifestyle writing. The website, now defunct, has grown into a cookbook called, “Together: Our Community Cookbook,” which celebrates diverse foods from all over the world.

Markle, who first publicly announced that she wanted to release a cookbook before her 2018 marriage to Prince Harry, launched the book at the royal palace last week.

People.com reports, “In a speech to guests, she said the project had been a ‘tremendous labor of love…I felt, on a personal level, so proud to live in a city that can have so much diversity. That there are 12 countries represented in this one small room is pretty outstanding.’”

The book was released in support of the Hubb Community Kitchen, which was founded by local women who cooked fresh food for families after the tragic fire at the Grenfell Tower apartment building in London, where 72 people were lost. Many of the residents were immigrants.

The book highlights stories of the chosen cooks. People.com provided excerpts from the book, including the following: “It was 1976 and our mother was teaching me and my teenage sisters to cook—passing on her recipes. I was the best at making aubergine masala, so she allowed me to call it my signature dish—I’ve made it ever since. Back home in Uganda, I run a restaurant where I serve this along with other local dishes. When I’m in London helping my daughter Munira with my grandchildren, I make it for them and for the women at the Community Kitchen.”