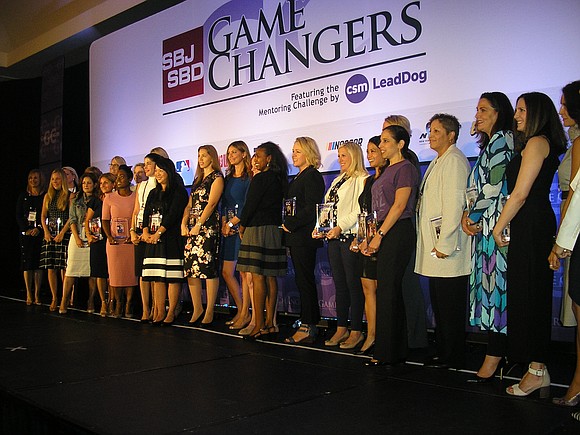 Now in its sixth year, Game Changers: Women in Sports Business Conference, produced by Sports Business Journal, spotlights women of accomplishment in the sports world. It also examines pressing issues, from sponsorship to diversity. One panel at the conference, which was held in New York Sept. 12, was Media Coverage of Women’s Sports from Multiple POVs. Moderated by TV sports reporter Tracy Wolfson, the panelists came from professional sports, college sports and media.

Wolfson noted that only about 5 percent of media coverage of sports is allocated to women’s sports. Sports and society reporter Shira Springer said sometimes it comes down to what sports editors prioritize. Even among female sports reporters, being assigned to cover men’s professional sports is perceived as more prestigious.

“It takes a while for partners, leagues and TV to really fix and draw attention to women’s sports in the right way,” said Michael Giarrusso, global sports editor at The Associated Press. AP covers every WNBA game, and he looks forward to increasing coverage to include more features, noting that this is a business that responds to consumer demand.

Springer said those interested in coverage must put pressure on media outlets. She also spoke of “innovative disruption.” There are people creating content—websites and podcasts—that showcase compelling narratives. Giarrusso said these new platforms help build up an audience and give exposure to diverse voices.

Each year, Game Changers honors women who are making an impact on the sporting landscape. For the women of color among the honorees, it is a chance to be visible and vocal.

“As an African-American woman in baseball, it means a lot for me to serve as a role model and a mentor for women across this country,” said Nichol T. Whiteman, executive director of the Los Angeles Dodgers Foundation, who grew up in NYC active in sports. Her job entails overseeing the foundation’s mission to significantly impact underserved youth in the community, which includes youth baseball and softball programs.

“It definitely ignites the competitive energy,” she concluded. “I’m really honored. It recognizes not only me, but it also recognizes my team and the work that we’re doing to sort of disrupt the industry a little bit and make sure that sports fans have access to content in the sports that they love whereas it wouldn’t otherwise be available.”