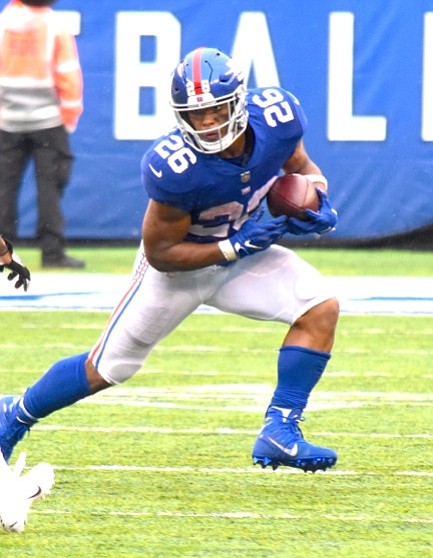 Coming into this season, there were high expectations for the Giants’ offense. Even with a remade and unproven offensive line, the talent at the skill positions, particularly wide receiver Odell Beckham and rookie running back Saquon Barkley, should have made life difficult for opposing defenses.

Instead, the Giants labored to generate effective offense in their first two games as they fell 20-15 to the Jacksonville Jaguars at home in their season opener and were even more anemic in losing to the Dallas Cowboys 20-13 on the road in Week 2. It wasn’t an overstatement to assert that another loss this past Sunday, potentially three straight to begin the 2018 schedule, would have been mentally and emotionally crushing for a team that went 3-13 last season.

It was a strong possibility with their starting center, Jon Halapio, out for the season after fracturing his right ankle against the Cowboys and maligned right tackle Ereck Flowers benched and replaced by Chad Wheeler. Furthermore, the Eli Manning detractors were in full throated in ascribing considerable blame to the quarterback for the offense’s struggles.

Perhaps it was urgency, a necessary change on the line or an adjustment in schemes crafted by the Giants offensive staff led by head coach Pat Shurmur. What manifested as a result of all three was the Giants offense performing crisply, creatively and productively. Manning and his receivers were finely synchronized, Barkley was explosive both running and catching the ball and the line played better than in the previous two weeks, all adding up to a 27-22 victory heading into this Sunday’s game against the 2-1 New Orleans Saints.

“That’s how I see playing offense,” said Shurmur after the win in Texas. “You deal up a progression. Dial it up, and then the ball goes where it’s supposed to go. If it gets out on time, we really trust all of our players out there. The last touchdown was designed really to go to Odell isolated. They doubled him, so Eli went back and threw the ball to Shep [Sterling Shepard]. That’s just the way this thing works, and it was good.”

It was a huge confidence booster after being able to sustain drives and put the ball in the end zone in Weeks 1 and 2. The outcome also dispelled the contention that Manning no longer possessed the necessities to be an above average quarterback, no less a playoff-caliber QB. He was a sterling 25 for 29 for 297 yards and two touchdowns.

“I think he did what you’d expect a quarterback to do,” Shurmur responded when asked to assess Manning’s day, “and he did it at a high level against a pretty good pass rush. He did what quarterbacks should do. Complete a lot of passes and got us in the end zone twice.”

Barkley, who rushed for 87 yards and caught five passes for 35, said the aura surrounding the Giants before kickoff foreshadowed the ending.

“I kind of just knew we were going to win this game just the way we were in the locker room before the game,” disclosed Barkley. “It was different from the first two games how the energy was different, the way we looked in warmups was different.

“It was just a different vibe. Obviously, we got off to a great start and that’s something that we really focused on this week. Coach [Shurmur] challenged us this week to come out and have a fast start, and we were able to do that on both sides of the ball.”