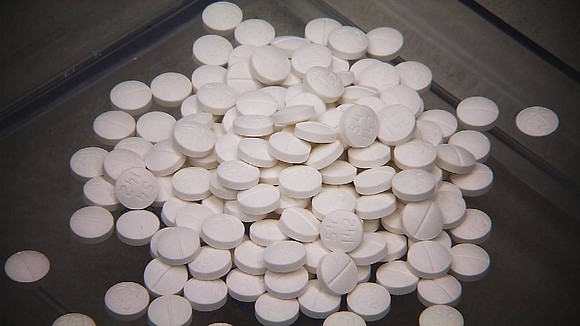 The Centers for Disease Control and Prevention estimates that between June 2017 and June 2018, a record 31,500 people in the United States died from synthetic opioid overdoses. In 2017, more than 3,200 New Yorkers died from opioid overdose.

In what’s being called the nation’s most extensive lawsuit against an opioid distributor, State Attorney General Letitia James is suing the billionaire Sackler family and distributors of opioids for their role in the opioid epidemic.

The Sackler family is the owner of Purdue Pharma, the developer of OxyContin. The drug is an opioid medication used for treatment of moderate to severe pain.

A similar lawsuit was filed this week by Massachusetts Attorney General Maura Healey. In that suit, Healey says the opioid epidemic continues to devastate communities in the Bay State.

From years of false and deceptive marketing, and by ignoring their duties to prevent the unlawful diversion of controlled substances, the suit sets forth an extensive set of facts alleging that prescription drug distributors failed to exercise their duties to detect and report diversion of opioids through poorly designed, poorly resourced, and poorly executed suspicious order monitoring programs.

“The opioid epidemic has ravaged families and communities across New York,” said James. “We found that pharmaceutical manufacturers and distributors engaged in years of deceptive marketing about the risks of opioids and failed to exercise their basic duty to report suspicious behavior, leading to the crisis we are living with today.”

“As the Sackler family and the other defendants grew richer, New Yorkers’ health grew poorer and our state was left to foot the bill,” James said. “The manufacturers and distributors of opioids are to blame for this crisis and it is past time they take responsibility.”

“Opioid dependency and related overdoses are a public health crisis that must be tackled from every angle,” said Joshua D. Lee M.D., MSc, associate professor of population health and medicine/general internal medicine and clinical innovation at the NYU School of Medicine and director of the NYU Fellowship in Addiction Medicine. “As we seek to find the best interventions for opioid use disorders, those who fueled this crisis, marketing useful but addictive drugs into the market without disclosing the risks, must be held responsible.”

In a statement, attorneys for the Sackler family said they plan to fight the lawsuits the company is facing.

“We are confident the court will look past the inflammatory media coverage generated by the misleading complaint and apply the law fairly by dismissing all of these claims,” attorneys said.