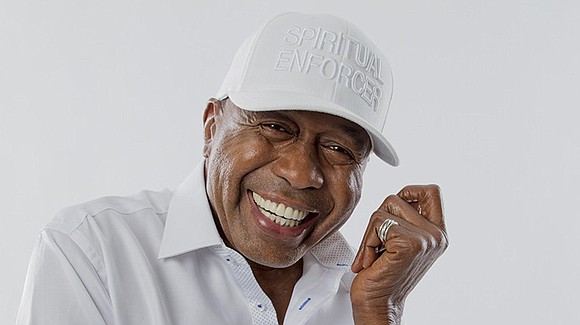 I had the absolute pleasure of interviewing the one-and-only Ben Vereen recently, as he was getting ready to perform April 4-7 at Dizzy’s Club at Jazz at Lincoln Center. Vereen proves daily that being a performer is his passion and what he was put on this earth to do. Sadly, he recently lost his wife of 50 years in a sudden death, and my heart, thoughts and prayers go out to him and his family. He is a phenomenal person and someone we all should cherish.

Dizzy’s, where he will be performing with the Julliard Jazz Ensemble, is located at Broadway at 60th Street on the fifth floor. Show times will be 7:30 p.m. and 9:30 p.m. “I have the original Sammy Davis Jr. charts that were given to me upon his passing, so those are some of the songs we will be doing, ‘Old Black Magic,’ ‘I’ve Got To Be Me,’ ‘Climb Every Mountain,’ among others and my Broadway stuff. We’re combining the evening. I’ll have 13 pieces behind me, it’s going to be a big band evening,” Vereen shared.

Talking about jazz music, the icon reflected, “I feel fantastic when I perform, I can’t wait to perform again, it’s like breath. And jazz music is the source of our existence, so this opportunity to play at Dizzy’s—whom I had dinner with and talked to back in the day—is an honor for me to be on that stage.”

Anyone who has seen Vereen perform can attest that being a performer is something that comes from his heart and soul, it is part of who he is. When audiences come to see him, he wants them to feel “inspiration, inspiring them to live their life to the fullest because it’s just today. All we have is today, so let’s make today the greatest day of our lives. And when they come to see the show I want to ignite that flame in all of us, including myself,” Vereen remarked.

Despite the hardships that Vereen has faced, he shared how he strengthens himself and is able to endure and continue performing for his very appreciative audiences. “Prayer. Meditation. Sometimes you got to get quiet with yourself to go within yourself to feel your true self and have a talk with God, Yahweh or Jesus, whatever you call him. You have to say, I can’t take it. I surrender. And I do that every show also before I go onstage. I realize it’s bigger than myself and I turn it over to him. Through hardships I have to do that time and time again. To approach that stage and give what I give, the audience doesn’t know. They didn’t come for that. I try to give them what they came for and they give to me at the same time. They are healing my wound. It works both ways,” shared Vereen.

In addition to the performances at Dizzy’s of course Vereen has been doing other projects, including appearing on the TV shows “Bull” and “Star.” “I had a great time doing ‘Bull’ and I’m having a lot of fun on ‘Star’, my character is a pretty saucy guy, he’s not very nice,” Vereen stated. Vereen also has a reading of his autobiographical musical “Reflections” coming up. “Bob said to me it’s very hard to do your own story without making yourself a hero in every scene and that’s the difficult part I’m having. Not that I consider myself a hero. It’s about telling the truth, being honest and being able to present it in a way that is entertaining, educational and inspiring. I see so many shows out here that are biographical—Cher, Donna Summers, Billy Joel,” Vereen said.

Talking to the new generations of performers, Vereen admonished, “Find that jewel within yourself. Be honest with yourself. Work from the inside out. It’s all about how you feel. If you’re honest with that feeling, you’ll be all right. Sometimes we are afraid to face ourselves. We in the performing arts must find a way to reflect back to our audience what is going on inside of us, because someone in the audience is going through the same thing. As an artist be honest with your feelings, because you never know what the universe is trying to speak through you.”