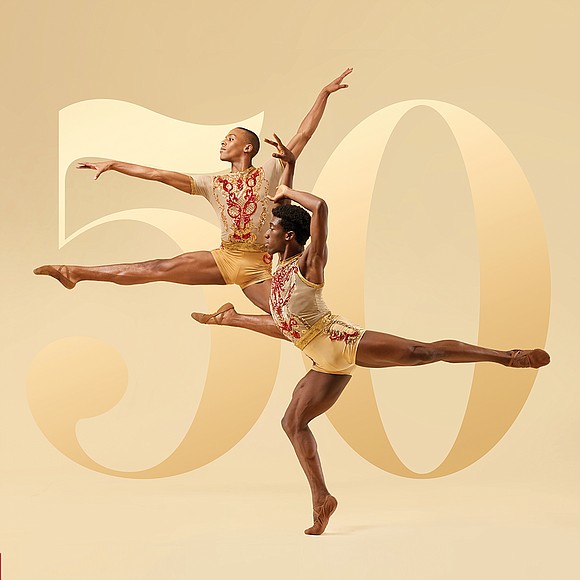 Dance Theatre of Harlem’s upcoming City Center season (April 10-13) is special for so many reasons. First, it honors the life and legacy of Arthur Mitchell, DTH’s co-founding artistic director and a former star of the New York City Ballet, who created this company to forge a pathway for people of color into the traditionally white world of ballet. Second, this 2019 season marks a milestone for this historic institution. Third, this company that was created 50 years ago in response to the assassination of the Rev. Dr. Martin Luther King Jr. is not only a game-changer but also a trailblazer nurturing tremendously talented artists.

DTH Artistic Director Virginia Johnson told the Amsterdam News recently that this season kicks off on April 10 with a program that positively crackles with energy and excitement. Remembering her mentor, she said, “Mr. Mitchell was a tremendous force and while we’re not going to have his physical presence in the theatre, his spirit is with us very much still.” In fact, DTH will present a reimagined version of Mitchell’s 1971 ballet, “Tones.” He had an opportunity to begin setting this ballet on the current company, renaming it “Tones II,” right before his sudden death. “Tones” was a ballet at the core of DTH’s initial repertory when it was made up of works by NYCB’s George Balanchine and Mitchell’s own ballets choreographed in a similar neo-classical vein.

Johnson, a former prima ballerina and founding member of DTH, manages to strike that delicate balance between “keeper of the flame” and trailblazer by finding and nurturing talented dancers and choreographers while also honoring Mitchell’s genius. “Earlier this year, Mr. Mitchell and I spoke about the importance of having his choreography as part of the 50th anniversary,” she said, “He did many works for DTH, some of them are actually too big for the company as it is currently constituted. But, in 1970 when the company was just one years old, he created ‘Tones.’ The music was by Cuban-born Tania Leone, our first musical director. It was her first orchestral work.”

This 2019 season will also include excerpts from such iconic pieces. There is Mitchell’s “The Greatest,” a pas de deux from DTH’s critically acclaimed “Creole Giselle” (from Frederic Franklin’s restaging of the Jean Coralli and Jules Perot classic), George Balanchine’s masterpiece “Agon” featuring the central pas de deux which he created for Arthur Mitchell, a well as Louis Johnson’s “Forces of Rhythm,” John Taras’ “Firebird” and Marius Petipa’s “Le Corsaire.” The program will also include a special performance of students of the DTH School in Arthur Mitchell’s “Bach Passacaglia.” Each of the season’s four programs will end with the spectacularly elegant pageantry of Geoffrey Holder’s “Dougla.” Other works featured on this season’s programs include a new Robert Garland work entitled “Nyman Sting Quartet No. 2” and versatile choreographer Annabelle Lopez Ochoa’s “Balamouk.”

While the upcoming New York season features only four shows, it is an action-packed engagement. In addition to the performances, the company has also added a little something extra that gives audience members an up-close-and-personal feel for the company, its repertory and its dancers.

On Friday, April 12, there will be a special post-performance conversation celebrating Arthur Mitchell where the audience will hear from Virginia Johnson and members of the Dance Theatre of Harlem company members. On Saturday, April 13, there will be a special Meet the Ballerina event following the 2 p.m. family matinee. After that evening’s performance Saturday, April 13, at 8 p.m., there will be a closing night party for ticket holders 21 years of age and older. Pre-registration is required after ticket purchase and more information is available on the company’s website at www.DanceatheatreofHarlem.org.

And, least we forget, DTH is a major institution with a school that trains dancers for its own company and other companies and performance organizations. In fact, according to Director Robert Garland, not only did about half of the members of the current company come out of the Dance Theatre of Harlem School, like East Harlem’s Christopher McDaniel, a brilliant dancer who started studying at DTH at 7-years-old, but some of the school’s fledgling young dancers will also participate in this upcoming City Center Season. Clearly, there is much to look forward to.