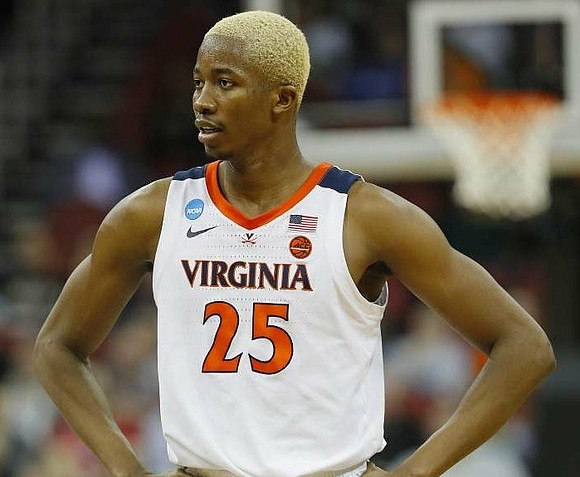 Sixty-eight teams competing in three and a half weeks, one and done, has culminated to the Final Four, the best four remaining NCAA men’s college basketball teams in the nation playing Saturday night, April 6. It’s Auburn versus the University of Virginia and Texas Tech versus Michigan State. A 5-seed against the remaining 1-seed, and a 3-seed versus a 2.

All of the other tournament 1-seeds have been eliminated, Duke, Gonzaga and the University of North Carolina, as well as the defending champions, Villanova, seeded 6 this season, and losing to Purdue 87-61 in the second round.

Virginia, the highest ranked team remaining in the tournament to advance, has defeated Garther Webb, Oklahoma, Oregon and Purdue last weekend, 80-75 to reach the Final Four, the last stop before the championship game Monday night. Their highest margin of victory was 15 points against Webb. Their lowest was 4 against Oregon, but Friday’s game could have easily been Auburn versus Purdue.

Purdue had the lead Saturday night with seconds on the clock when Mamadi Diakite, Virginia’s slender 6-9, 228 pound junior from Conakry, Guinea with short bleached blond hair, scored with a short jumper after rebounding a missed free throw by teammate Ty Jerome, tying the game 70-all at the buzzer, forcing the game into overtime.

Virginia, coached by a guy named Tony Bennett, like the famous singer, in his 10th season, was also a 1-seed last year, making history by being the first team in NCAA tournament history to be defeated by a 16-seed team.

Auburn, the 5-seed, made their own history by overwhelmingly defeating 1-seed UNC Friday, 97-80 and the 2-seeded Kentucky Sunday, 77-to-71, also an overtime game.

Auburn was able to defeat Kentucky without 6-foot-8 sophomore forward Chuma Okeke who tore his ACL in his left knee in the closing minutes of the game against Carolina, contributing a double-double, a game-high 20 points and 11 rebounds.

This will be the first Final Four appearance in Auburn’s history. The Elite Eight is the furthest that they’ve ever come. The last and only other time was 30-plus years ago.

“It’s a bittersweet accomplishment because of Chuma getting hurt,” acknowledged Auburn head coach Bruce Pearl. “In a game full of guys that have a chance to play at the next level, I thought he was the best player.”

Texas Tech is the first team from Texas to reach this point since 2003. After beating Michigan 63-44 Thursday and Gonzaga 75-69 Saturday, they now face Michigan State, the second highest seed left in this weekend’s Final Four. Winners of each game play in the championship Monday night. Both the Finals and chip are being held at US Bank Stadium in Minneapolis, Minnesota.