Commentary: A day that will live in infamy, the death of Martin Luther King Jr. 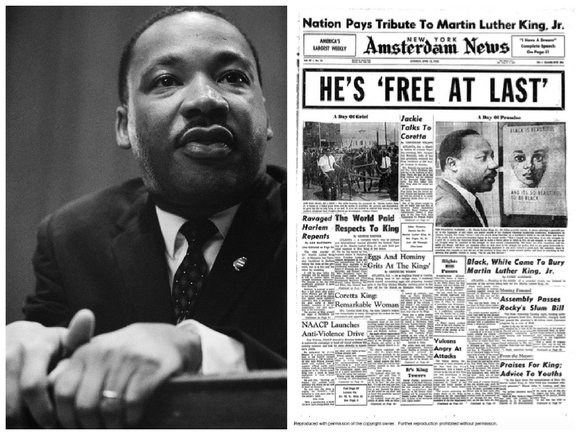 Most Americans can recall exactly where they were and what they were doing when news came that Dr. Martin Luther King Jr. had been shot in Memphis, Tenn.

"That afternoon," Coretta King wrote in her memoir, "I went shopping with Yolanda. A few weeks before, I had decided not to buy the children Easter clothes. I have always felt that Easter should be regarded as a sacred holy day--not a spring festival as it is celebrated, a time to buy clothes and show them off." 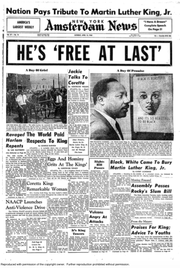 Nevertheless, she and her husband conceded to their children's wishes, as they didn't want to be the only children without a new suit or dress.

"On Thursday, I took Yoki [Yolanda] downtown and bought some dresses for her," Coretta King continued. "I had not been home very long when the telephone rang. It was Jesse Jackson. He said, 'Coretta, Doc just got shot. I would advise you to take the next thing smoking.'

"It hit me hard--not surprise, but shock--that the call I seemed subconsciously to have been waiting for all our lives had come," she wrote. "I asked for details, and Jesse, trying to spare me, said, 'He was shot in the shoulder.'

"I sensed that it was quite serious, and I wanted to ask how seriously hurt he was, but I was afraid. I said, 'I'll take the next flight.'"

Coretta King, like the rest of the world, learned that the shot was fatal, and America had lost its "Drum Major for Justice."

I Have A Dream Speech

I was in my office at Wayne State University in Detroit, where I had finished my last lecture of the day on the life of Malcolm X. I was gathering my things to depart when a colleague in another office came and told me the news.

Later, it struck me as ironic that King was taken away from us on the day before Good Friday, though it wasn't in many ways for those hungry for justice and now bereft of his leadership. In effect, he was leaving us two days before the Resurrection.

Among my first thoughts were Coretta King and her family. Strangely, his assassination didn't floor me the way Malcolm's had three years earlier. In fact, Malcolm and Medgar Evers' murders had somehow annealed me or at least prepared me for King's terrible ending.

Even so, it took me weeks before I was back to myself and not angry with America, angry with white supremacy and racism, angry that Black life, our cherished leaders, was so expendable.

But I soon recovered and resumed my life, resolving then and there to dedicate myself to carry on as a writer, teacher and activist to uphold the legacies of our fallen heroes, and I was comforted by the legions who made a similar resolution.

"I don't know what will happen now," Martin Luther King said in that final speech in Memphis. "We've got some difficult days ahead, but it really doesn't matter to me now, because I've been to the mountaintop. I won't mind.

"Like anybody else, I would like to live a long life," he continued. "Longevity has its place, but I'm not concerned about that now. I just want to do God's will, and He's allowed me to go to the mountain. And I've looked over, and I've seen the Promised Land.

"I may not get there with you, but I want you to know tonight that we as a people will get to the Promised Land. So, I'm happy tonight. I'm not worried about anything. I'm not fearing any man. Mine eyes have seen the glory of the coming of the Lord."