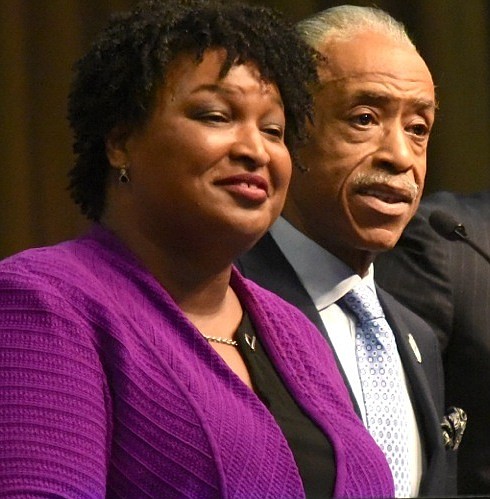 The National Action Network (NAN) kicks off its 28th annual national convention at the Sheraton New York Times Square Wednesday, April 3—the event runs through Saturday, April 6. The Rev. Al Sharpton, who serves as president of NAN, said that the event would be the largest civil rights convention since the election of Barack Obama.

Leaders from the world of business, civil rights, politics, labor and entertainment are slated to attend the event. Discussion at the convention will center on issues affecting the American people during the administration of President Donald Trump and the upcoming 2020 presidential election.

“Donald Trump has injected a lot of noise into American politics,” said Sharpton, president and founder of NAN. “Our annual convention exists to cut through the noise and focus on the issues and policies that truly affect Black America and the civil rights community by inviting local and national politicians and leaders to help foster policy discussions that lead to innovative solutions.”

Abrams spoke Wednesday afternoon during a plenary session on voter suppression. She cited several current examples of tactics being used to suppress Blacks from voting.

“I’m an American,” she said to the crowd. “My citizenship is just as real as anyone else’s. My humanity is just as strong. My commitment to our democracy will not be eroded by a stolen election. I believe in our country.”

On Wednesday, former Texas congressman and Democratic presidential candidate Beto O’Rourke spoke shortly after the conventions’ ribbon cutting. He told the crowd that if elected president, he would sign a bill commissioning a review of the right to reparations for slavery.

“There are many things that we need to do in this country that have been a long time in coming and one of those is to move forward with reparations,” O’Rourke said. “Our country will never truly heal until we address the original sin of slavery... If under our Constitution we compensate people if we take their property, why wouldn’t we compensate people who were considered property?”

On Wednesday night, several people were honored during the conventions’ annual “Keepers of the Dinner.” This year’s honoree include actor Robert De Niro; Public Relations pioneer

During the conference there will be daily panels and discussions on voting rights, criminal justice reform, immigration, health care, education, corporate responsibility and economic equity. Each panel will feature a diverse array of political leaders, commentators, academics, clergy and corporate leaders.