The Yankees begin the 2019 season beset by injuries 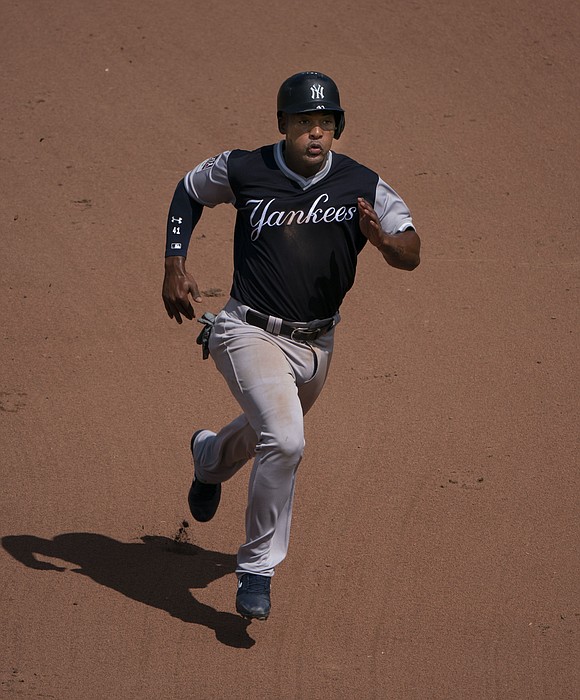 The Yankees have started the 2019 season, one which they envision will end with them winning the World Series championship, facing unforeseen challenges. With ace right-hander Luis Severino relegated to being a spectator on Opening Day last Thursday as he recovers from rotator cuff inflammation in his throwing arm and a return date to the rotation uncertain, left fielder Giancarlo Stanton was placed on the 10-day disabled list this past Monday with a Grade 1 strain of his left biceps.

“I just worked for six weeks to get here, plus the offseason. I’d much rather this would have popped in spring training,” said Stanton, “but it’s where we’re at. I don’t have to start from scratch when I come back, but I’ve just got to build everything up and make sure everything is ready to go when I’m back.”

When third-baseman Miguel Andujar will be back is the most troubling and unexpected question currently facing the Yankees as a labrum tear in his right shoulder was discovered this week. Last season Andujar had an outstanding rookie campaign in which he batted .297, hit 27 home runs and drove 92 runs in 149 games.

The native of the Dominican Republic also broke Joe DiMaggio’s Yankees rookie record for doubles in a season, which stood since 1936, hitting 47 en route to finishing second in the American League Rookie of the Year balloting behind the Los Angeles Angels’ Shohei Ohtani.

Andujar is optimistic he will avoid season ending surgery. “When they did the physical test on my shoulder, it came back with really good results,” he said Tuesday before the Yankees fell 3-1 to the Detroit Tigers in the second game of a three-game series in the Bronx, dropping their record to 2-3. “My strength is there. The probability of me working through this and getting back on the field is there.”

“We’re in the very early stages. I think it’s just got to play out over the next few days,’’ said Yankees manager Aaron Boone. In addition to Stanton and Andujar, shortstop Didi Gregorius (recovering from Tommy John surgery on his right elbow), center fielder Aaron Hicks (left lower back strain), reliever Delin Betances (right shoulder impingement) and starting pitcher C.C. Sabathia (right knee surgery and angioplasty in December) are all on the disabled list.