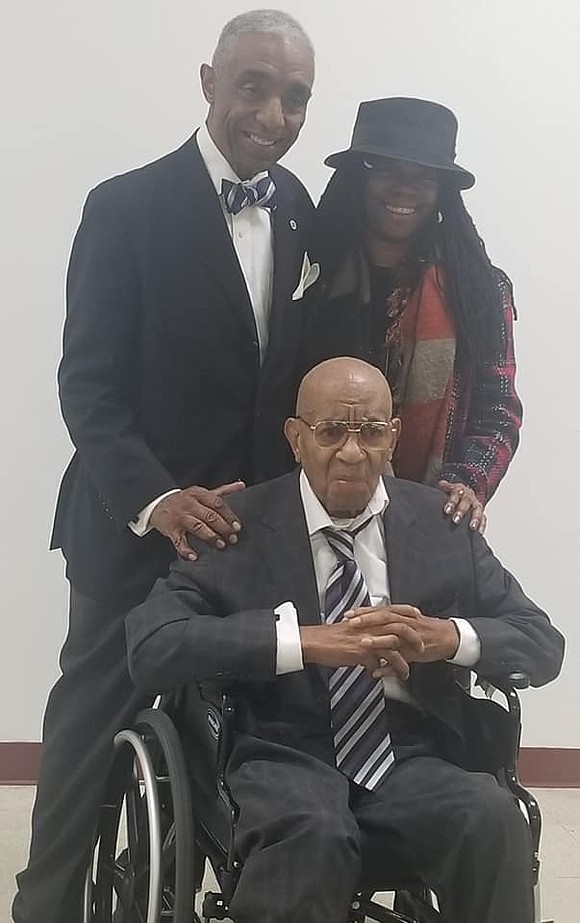 “With great sadness, I share that my father has passed away,” said Keeva Terry of her beloved father commonly known as “Coach” around the Brooklyn neighborhoods he frequented for decades. “Thank you for keeping us in your thoughts and prayers during this difficult time.”

The proud born and raised Brooklynite graduated from Brooklyn Technical High School and went on to Texas Southern University on a track and field scholarship. He went on to receive a St. John’s University Bachelor’s degree in education with a concentration in social studies, and a Master of Arts degree in education from New York University. Terry taught social studies at Boys High School, and was to become the head coach of track and field. He trained many award winning runners—sprinters and long distance. And in 1966 he created the much-lauded Kangaroo Track Club. From head coach of track and field at Brown University in Providence, R.I. to being the editor of the Ebenezer Grapevine, Rhode Island’s only Black newspaper, to returning to Boys and Girls High School to teach Social Studies, Terry always combined social justice with education and athletic discipline.

The family man became a member of the Fruit Of Islam in 2001, the military arm of the Nation of Islam, and worked as the business manager, and later secretary treasure of Muhammad Mosque No. 7.

Throughout the many levels and heights he reached, Terry was always seen at events such as the International African Arts Festival in Brooklyn and the Harlem Book Fair in Harlem selling his books, tapes, newspapers and culturally and socially- elevant materials.

repast immediately follows in the fellowship hall of the church.