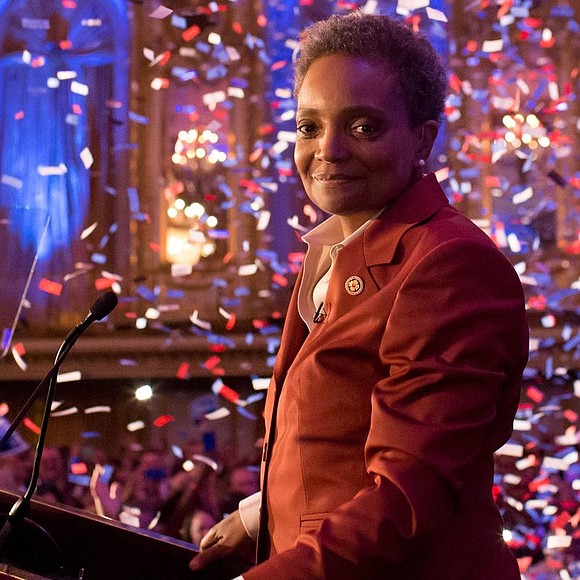 While Chicago celebrated the election of its first Black (and lesbian) mayor, the Chicago Teachers Union reminded the city of the mission at hand.

This week, Chicago elected Lori Lightfoot for mayor. When the former federal prosecutor is sworn into office, she’ll become the first openly gay and Black woman mayor in Chicago’s history.

“Today, you did more than make history. You created a movement for change. They’re watching us and they’re seeing the beginning of something a little different,” said Lightfoot during her election night speech after defeating local Democratic Party leader Tony Preckwinkle.

When broken down, Lightfoot won the election in all 50 wards.

The election comes months after Rahm Emanuel decided against seeking a third term as mayor. CTU officials have claimed credit for their resistance efforts to his agenda leading to his exit.

“As a movement, we helped defeat the twin privatization forces of Rahm Emanuel and Bruce Rauner. But the millionaires and billionaires who supported them remain, along with astroturf education ‘deform’ groups they fund that continue to support the push-out of Black families, the under-funding and closure of public schools, pension theft, marginalization of democracy and privatization of public services,” read the statement.

Lightfoot discussed embracing differences and how they reflect Chicago and America as a whole. She said she wants to make sure that everyone has access to achieving the American Dream.

“In Chicago, we will build together, we will celebrate our differences,” said Lightfoot on Tuesday. “We will embrace our uniqueness and we will make certain that all have every opportunity to succeed.”

In order to make sure that everyone has an opportunity, CTU wants to make sure the incoming government does right by the city’s children and creates an atmosphere for kids to learn and prosper.

“We did not win class size limits for students in kindergarten, first and second grades, TIF distribution to our school communities, or a special education monitor appointed by the state because we asked nicely or behaved politely,” read CTU’s statement. “We will aggressively bargain, aggressively defend our platform and aggressively organize for social, economic, educational and racial justice in Chicago and Springfield. The Chicago Teachers Union and SEIU Local 73 have fought for fairness alongside our allies for nearly a decade because our city deserves it.”

CTU officials said they expect Lightfoot’s appointments to the Chicago Board of Education to be the type of people who live in the communities and neighborhoods that have lost the most under previous regimes.

“A Black woman will lead a city with a tragic history of racial strife and segregation. A Black woman will lead the nation’s third-largest school district, whose current leader closed 50 Black and Latinx schools in a single year and fired thousands of experienced Black female educators,” read CTU’s statement. “Mayor-elect Lightfoot’s leadership must stop the hemorrhage of Black families from our city, prioritize affordable housing and rent control, secure a Community Benefits Agreement for the Obama Center, make the wealthy pay their fair share, and stabilize and fund public services.”