Opportunity knocks for St. John’s as Mullin steps down 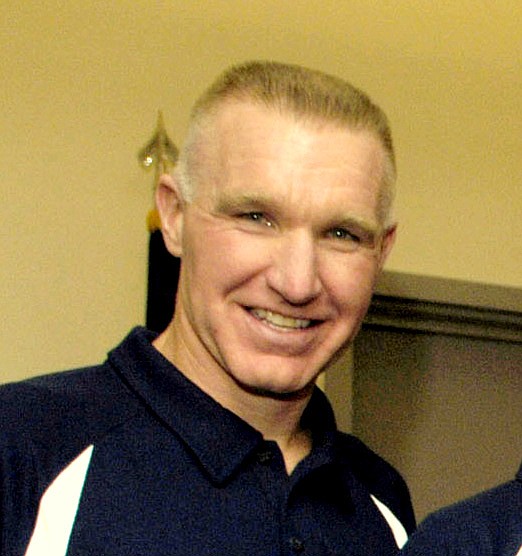 Chris Mullin is out as St. John’s head basketball coach. His official departure this past Tuesday, April 9, came on the same day his teammate on the iconic 1992 U.S. Olympic men’s basketball team, Magic Johnson, resigned as the president of the Los Angeles Lakers. The symmetry and irony are palpable.

Being a legendary player with enormous name recognition comes with no guarantees of success as a coach or executive. Johnson, arguably a top five player of all-time, floundered at both, having gone 5-11 after taking over the Lakers head coaching job near the end of the 1993-94 season and stepping away at its conclusion.

Mullin is the greatest player in St. John’s history. He became a five-time NBA All-Star, was named All-NBA First Team in 1992, All-NBA Second Team in 1989 and 1991, and was inducted into the Naismith Memorial Basketball Hall of Fame in 2011. (The 1992 Olympic Dream Team was inducted as a group in 2010.) His No. 17 jersey hangs in the rafters of the Golden State Warriors home arena, retired by the franchise for which he was drafted seventh overall in 1985 and played 12 seasons.

But Mullin’s sterling resume as a player did not translate into him elevating the men’s basketball program at St. John’s back into the upper echelon of college basketball. With no prior coaching experience, the 55-year-old Mullin, replacing his predecessor Steve Lavin, went 59-73 in four years.

His only season finishing at or above .500 was this past season, when the Red Storm went 21-13 and was the final school selected to the NCAA tournament, where they lost to Arizona State in a First Four opening round game.

“This has been an extremely emotional decision, but after a recent personal loss, I took time to reflect upon my true values and believe this is the right time to make a change,” Mullin said in a school-issued statement. “I am extremely grateful to the administration, which has supported me and our basketball program on every level.

“I’ve been amazed by our coaches, trainers, managers and staff who work relentless hours, which enables this team to grow and thrive. I’ve been honored to coach the young men who are the heart and soul of this program. It’s a job I will always cherish.”

Mullin, whose brother Rod passed away last month after battling cancer, had two years remaining on his contract with St. John’s. The university is now presented with a golden opportunity to hire a coach with a proven track record of building or sustaining winning programs. The first call of athletic director Mike Cragg should be to Chris Beard, who coached Texas Tech to the championship game this Monday, falling to Virginia.

If nothing materializes, then Iona’s Tim Cluess should be his next call. Unlike Beard, whose roots are in Texas, Cluess is New York through and through. Born in Queens, Cluess played at St. John’s from 1979-81 before transferring to Hofstra, and has been a winner at St. Mary’s High School on Long Island, Suffolk Community College, C.W. Post and Iona. In nine seasons at Iona, he has taken the Gaels to six NCAA tournaments, including the past four years.

Mullin was a gamble that didn’t pay off. Now it’s time for St. John’s to bet on a sure thing.