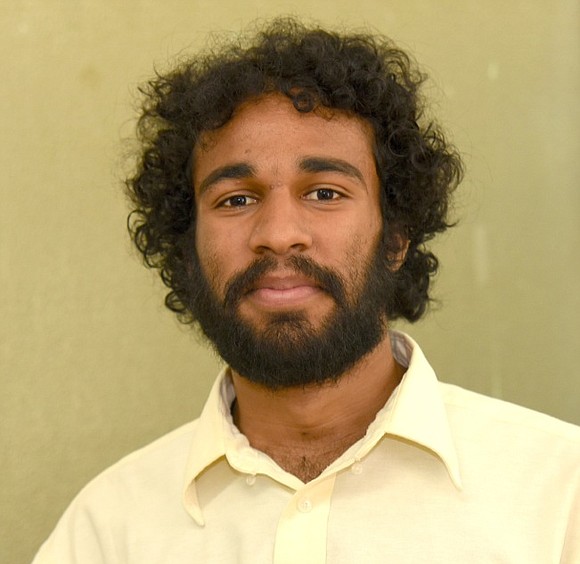 Columbia University senior Alexander McNab was thrust into the spotlight this week after video of campus security guards pinning him down at Barnard College surfaced and went viral.

He is accusing school safety officials at neighboring Barnard College of racially profiling him and using excessive force. McNab said this wasn’t the first time he’s been confronted by an officer for simply using the campus facilities his tuition pays for.

The incident occurred last Thursday when McNab was leaving a dance rehearsal and was getting food at Barnard when security personnel confronted him at a student cafe.

The first of two videos posted by a student on social media show five guards surrounding McNab and one grabbing his hand and trying to place it behind his back. Another guard is seen trying to pin him down.

Officers said they saw him running into the school building; however, McNab says that he was running across the street before a stop light changed.

“You have no right to touch me,” McNab says in the video while officers tried to grab him. “Take your hands off me.”

McNab, who is mixed race, is seen lying on his back on a counter as guards continue to surround him. McNab then shows his campus ID to prove he’s a student. He then says that it’s the third time that campus security “chased him down.”

In an interview, McNab emphasized that this has happened three times.

“I’ve been in this situation two times before at Columbia,” McNab said during an interview. “I knew it wasn’t just happening to me—I knew it was happening to other students also. I raised my voice because I wanted to bring it to the attention to the other people that were there.”

In the video, one guard then orders McNab to go outside and holds on to his student ID and McNab asks for it back. The guard then says he’s going to find out if McNab is a student even though the ID is current. Students look on in worry as the situation continues.

A second video shows McNab speaking to a security guard who says he is verifying with Columbia if McNab is an actual student. The guard then accuses McNab of running into the building and not showing his ID to security upon entering the building. Other students corroborated that McNab walked in.

In another shot, a white security guard is speaking to a Black female student, who was speaking calmly about what she saw. The guard then tells the young woman to “relax.”

The public safety officers involved have been placed on paid administrative leave while a third party hired by Barnard investigates what happened.

In December, officers responded to a report of a man walking around with no shoes on. It was McNab who was walking down the hall to use the restroom while taking a break from a dance rehearsal where he’s usually barefoot.

To address the recent incident Barnard officials held a listening session with students. McNab said officials kept using the term “unfortunate incident” to describe the situation rather than pointing out that race played a factor.

McNab said that while people of color have different experiences at Columbia, the core curriculum lacks sufficient diversity and could promote white supremacists’ rhetoric.

In a statement to students, Barnard president Sian Beilock apologized to McNab for the incident. She also reiterated the school’s policy about showing ID to security for safety reasons; however, McNab gave several examples where the policy was not enforced on white students.

“The confrontation with a Black male Columbia University student and several Barnard public safety officers on April 11, 2019, does not reflect the values of the College; what transpired was unacceptable and antithetical to our mission,” Beilock said. “I am as deeply troubled by what we witnessed in those videos as you are.”

McNab has not decided whether or not he will take legal action.