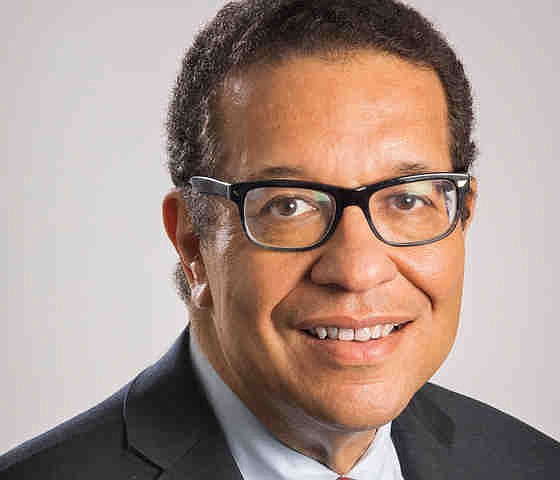 Dennis Parker was nine years old when his family was on a road trip to Massachusetts in the 1960s when they stopped at a motel that appeared to have vacancies. The owner of the motel refused to accommodate his family because they were African-American.

“Watching the impact it had on my father, here was someone who felt he was being embarrassed in front of his family who had his humanity being denied,” Parker said during a recent interview. “He was being told by this motel owner that, essentially, ‘You and your family have no worth.’”

The experience laid the groundwork for what would be Parker’s decades-long career as a civil rights attorney. He was recently named executive director of the National Center for Economic Justice. Since 1965, the non-profit organization has advocated for advancing the cause of economic justice for low-income families, individuals and communities.

In his new position with NCLEJ since January, Parker said the transition has been smooth and he’s already hit the ground running on several cases.

“This idea that people in poverty are undeserving and the goal of trying to decrease the benefits that are entitled to the people who are most needy, that’s an area where there is a lot of racism,” he said. “Part of what we are trying to do is look at these broader things that are having this impact of breaking that cycle.”

Parker comes to NCLEJ after a 13-year stint with the American Civil Liberties Union serving as director of the Racial Justice Program. Prior to that, he was the civil rights bureau chief of the New York State Attorney General’s Office and served with the NAACP’s Legal Defense Fund for 14 years.

Along with his work at NCLEJ, Parker serves as an adjunct professor at New York Law School where he teaches on law and social change. A native of Mount Vernon, N.Y., he is a graduate of Harvard Law School and Middlebury College.

“Dennis has spent his career pursuing the same imperative goals as the Center, which is believing no one in this nation should live in poverty or be denied basic human rights,” said NCLEJ Chair, Sandra Hauser. “He truly exemplifies a leader who has brought a powerful voice to individuals seeking fair and equal treatment in the eyes of the law. Given the overwhelming challenges we face as a country, and the widening divide between the underserved and the blessed few, this is the right time for Dennis to head this organization.”

Some of his past work includes being on the front lines of the legal fights over racial bias in the criminal justice system, housing discrimination and economic justice. However, one of his passions is the continued fight to eliminate the “school-to-prison” pipeline.

“The criminal justice system, as Michelle Alexander writes, is an extension of Jim Crow,” Parker said. “You look at the fact that if you drop out of high school and you’re a Black male, you have a 66 percent chance of going to prison. Two-thirds of high school dropouts, or who are forced out or expelled, end up in prison and that’s a direct connection.”

Parker points out that the school-to-prison pipeline is the result of students of color receiving harsher punishments than their white counterparts for the same infractions. His work convinced the U.S. Department of Justice and the Department of Education to urge educators to take a careful look at conscious and unconscious discrimination in school discipline.

His current work at NCLEJ includes a criminalization of poverty case in Buffalo, N.Y., where vehicle checkpoints in Black and Latino neighborhoods are resulting in massive over ticketing and significant revenue for the city budget. Over 90 percent of those arrested are people of color.

NCLEJ recently filed a class action lawsuit in the Southern District of New York against the New York City Transit Authority, an arm of the Metropolitan Transportation Authority. The case is being brought on behalf of low-income New Yorkers who have received one or more tickets, called Notices of Violation, for infractions of transit rules, and have suffered financial penalties as a result.

“What attracted me about this organization was the quality of work they were doing,” Parker said. “What I’d like to do is to find a way to create a sustainable way of accessing wealth. It’s been 54 years since the Civil Rights Act was passed and in spite of that fact, the wealth of white families is 20 times the wealth of Black families. What I’d like for the organization to do is to create meaningful opportunities.”