Mayor must up affordable homes for homeless 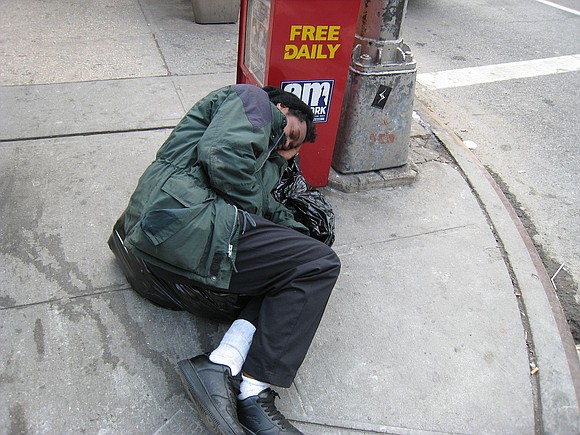 New York City remains in the midst of the worst homelessness crisis since the Great Depression. A record 63,600 people—including 23,000 children—sleep in shelters each night, while thousands more brave the streets.

As the city grapples with unrelenting record åhomelessness, Mayor de Blasio’s tepid plan to address the problem, Turning the Tide on Homelessness, has proved to be not only unambitious but also shamefully incomplete. The mayor projected a decrease in the shelter census of just 2,500 people between 2017 and 2022, an embarrassingly inconsequential goal in the face of such a massive crisis. Fifteen months after releasing the plan, the city is not only failing to meet the plan’s modest goal to reduce the shelter census, but it is actually on track to see the number of homeless New Yorkers rise by 5,000 people in the same period. This projected increase in the shelter census is due to Mayor de Blasio’s failure to address the plainly obvious need to build more apartments specifically for homeless families and individuals.

The mayor’s signature affordable housing plan, Housing New York 2.0, sets aside only 5 percent of its 300,000 units for homeless New Yorkers. Of the 15,000 units intended for people experiencing homelessness, the majority will be created through preservation of already occupied apartments and thus will be unavailable for occupancy by homeless New Yorkers for years. The mayor’s plan creates twice as many apartments for households that can afford rents above $2,500 than it does for homeless families and individuals—effectively perpetuating the affordable housing crisis that continues to devastate the lives of tens of thousands of people in our city.

That is why the House Our Future NY campaign is calling on Mayor de Blasio to re-align his historic Housing New York 2.0 plan with the reality of record homelessness by designating 30,000 apartments for homeless New Yorkers, with 24,000 of these apartments to be created through new construction.

The House Our Future NY goal is bold, but it’s achievable. It would mean building roughly 2,700 new apartments for homeless families and individuals each year between now and 2026. The city has the funds to build these units and has already announced more than a billion dollars in new funding for affordable housing and subsidies for developers who set aside apartments for homeless families.

Even the mayor’s recently announced deputy mayor of housing and economic development, Vicki Been, noted when accepting her new role that the mayor’s housing plan needs to be more ambitious and go deeper on affordability. The consensus is clear: New York City’s homelessness crisis will only deepen if resolute action is not taken, and so far, the mayor’s proposals have been tragically inadequate. Mayor de Blasio must act now.

House Our Future NY is an advocacy campaign formed by the Coalition for the Homeless and 64 partner organizations, as well as homeless men, women and children and other caring New Yorkers. The campaign calls for 30,000 new units of affordable, permanent housing for homeless New Yorkers by 2026, with 24,000 of these units to be created through new construction. In addition to the organizations signed on to the campaign, House Our Future NY has support from 33 Council members, four borough presidents and the comptroller. Visit www.coalitionforthehomeless.org/hofny for more information.