‘Miracle in Rwanda’ shows the power of faith, love, forgiveness 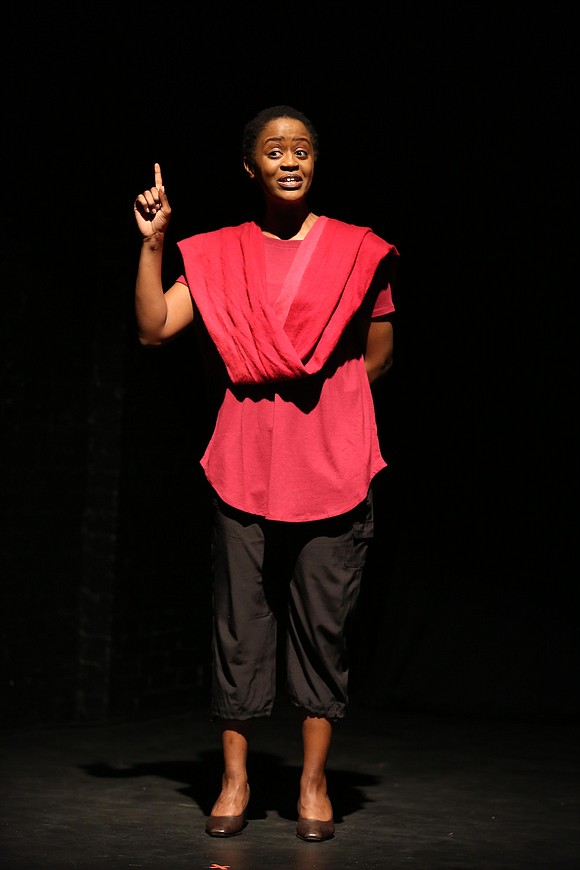 Malaika Uwamahoro in 'Miracle in Rwanda'

In 1994 there was a genocide of the Tutsi people that took place over a three-month period. During that time over 1 million Tutsis were murdered by the people of the Hutu tribe. Throughout these horrific happenings some Tutsi managed to survive. “Miracle in Rwanda,” playing on Theatre Row on 42nd Street, tells the story of one young woman’s struggle. It is a moving, at times heart-wrenching, and inspiring story.

I had the privilege of experiencing it on April 7, the 25th anniversary of the genocide. The play, a one-woman show starring phenomenal Rwandan-born actress Malaika Uwamahoro as Immaculee Ilibagiza, is poignantly written by Leslie Malaika Lewis and Edward Vilga. The audience is introduced to Immaculee, a 24-year-old young woman, who learns that the Hutu president of Rwanda has been killed and hears a radio announcement inviting Hutu to get weapons and kill their Tutsi neighbors. The Hutu militia goes throughout Rwanda, finding and killing Tutsis. Immaculee’s father told her to go to a Hutu pastor, a good man who hid her along with seven other people in his 3 feet by 4 feet bathroom.

Immaculee tells her experience. She shares the constant fear she felt, not knowing if the militia would discover them hiding in the pastor’s house and murder them. She speaks of having to sleep standing up, or positioned in very awkward ways. She speaks of being hungry because the pastor had to sneak them food, because he couldn’t even let his children know that he was hiding people in the bathroom, because he couldn’t take the chance of them saying anything. Immaculee shares the hardship she endured, but also the courage she demonstrated. She became closer to God and chose to not hate the militia, but instead to eventually forgive them.

What happens to her, and what she does to make it through, managing to educate herself and stay positive no matter what horrors surround her, is a true story that shows the power of faith, love and forgiveness.

When I attended the play, the real Immaculee Ilibagiza was there and she led the audience in “The Lord’s Prayer” and a “Hail Mary.” We all prayed holding a candle and rosary beads given to the audience. She shared how much God was the reason that she made it out alive and how today she travels to spread the message of forgiveness. Rwanda Ambassador Valentine Rugwabiza spoke to the audience about the importance of this play and this story being told. She felt that by letting people know this horrible genocide happened, we can prevent it from happening again. Knowledge is power. Rugwabiza also was glad to share that this play will be performed for the United Nations on April 29.

“Miracle in Rwanda” is running through May 11. You must go and see this powerful, inspiring play. Uwamahoro is a tremendously talented actress—she portrays 15 different characters—and George Drance gives stunning direction. Bravo to everyone involved in making this production possible!